Remembering the Biggest Dining Surprises of 2013

Share All sharing options for: Remembering the Biggest Dining Surprises of 2013

As is the tradition at Eater, our closeout of the year is a survey of friends, industry types, bloggers, and readers. We've already covered Top Standbys, Top Newcomers and 2013 in One Word, and Best Dining Neighborhood. Now it's time for the Biggest Dining Surprise. Readers, please add your thoughts to the comments. 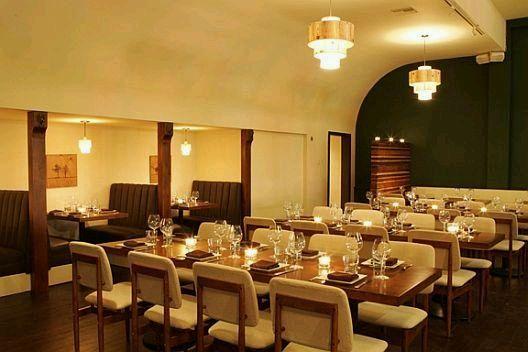 Q: What was the biggest dining surprise of 2013?

Eddie Lin, blogger behind Deep End Dining: Ramen. Many thought it was done, but it was only getting warmed up. Between the Ramen Burger's rockstar appearance to the mobbed out Ramen Yokocho Festival, this slurp-ilicious noodle proves it's as tough as a taco and bad as a burger!

Josh Lurie, founder of Food GPS: Grand Central Market was the biggest surprise in 2013, since there were so many unknown variables to start the year. It was a slow build, but the project's finally hit critical mass, and even though I'm not convinced we've got another Ferry Building on our hands, it's still fun to see new pieces fall into place. G&B Coffee, EggSlut and Sticky Rice are three of my existing favorites, and I'm looking forward to Wexler's Deli.

Jonathan Gold, LA Times Restaurant Critic: Guerrilla Tacos. Who knew anything like haute cuisine could emerge from a street-cart taqueria?

Daniela Galarza, Deputy Digest Editor at LAmag: That Republique opened this year. When Stephane Bombet and Ricardo Zarate broke up.

Kat Odell, Editor of Eater LA: Under Evan Funke's reign, Rustic Canyon was a great restaurant. I was surprised how much chef Jeremy Fox was able to elevate an already fantastic restaurant.

Matthew Kang, Associate Editor of Eater LA: I'm constantly shocked how many new restaurants open. I'm not sure how sustainable it is for all these new places to open, but let's hope the public frequents them. I'm also how surprised by the non-foodie became aware of the food scene in L.A. It's fashionable to be into food these days, and that's a good thing. I'm also a little surprised The Parish closed so quickly despite being so promising. Goes to show that concept and decor aren't everything.

Esther Tseng, blogger behind e*star LA: Not that L.A. is the best place to eat in America, but that people in other cities are perhaps getting over their hate and finally taking notice. After Alma got named Best New Restaurant, I had to double-check where Bon Appetit is based and yes, incredulously, it is still New York. And though she lived, worked and wrote in L.A. for a time, Ruth Reichl saying in a KCRW California Cuisine panel that "Los Angeles is the most important place to eat in America right now" was both surprising and validating. Probably not that big of a deal, but you know - we're just so used to the hate. Whatever, Michelin!

Brigham Yen, blogger behind DTLA RISING with Brigham Yen: I expected The Stocking Frame to be good, but it was beyond good.

Bill Esparza, blogger behind Street Gourmet LA: Taco Maria--I went there to do a taco post only to discover that Chef Carlos Salgado has created the only true modern Mexican restaurant in the U.S. His style is still emerging, and there is a ways to go for this ambitious restaurant, but no one else is even a close second.

Caroline Pardilla, blogger behind Caroline on Crack: Kitchensurfing. You mean I can hire my own private chef for a night? Wuuut?

Zach Brooks, founder of Midtown Lunch: The talent vacuum of the Josh Loeb and Zoe Nathan empire. Jeremy Fox to Rustic Canyon. Erin Eastland to Milo & Olive. Bryant Ng opening his follow up to Spice Table in Santa Monica. These guys are quickly becoming the Yankees of the L.A. food scene.

Jeff Miller, Editor at Thrillist LA: Not being floored by Connie & Ted's. I thought that was going to be one of my jaw-droppers. It wasn't.

Jason Kessler, blogger behind Fly&Dine and Contributor at Bon Appétit: LA's appetite for lobster rolls. We're a city of transplants -- I just didn't know that most of us came from the beaches of Maine and Rhode Island.
· All Year in Eater 2013 Coverage [~ELA~]