Industry Tastemakers on Their 2013 Restaurant Breakups

Share All sharing options for: Industry Tastemakers on Their 2013 Restaurant Breakups

As is the tradition at Eater, our closeout of the year is a survey of friends, industry types, bloggers, and readers. We've already covered Top Standbys, Top Newcomers and 2013 in One Word, Best Dining Neighborhood, Biggest Dining Surprise, and Single Best Meal of 2013. Now it's time for Restaurant Breakups. Readers, please add your thoughts to the comments. 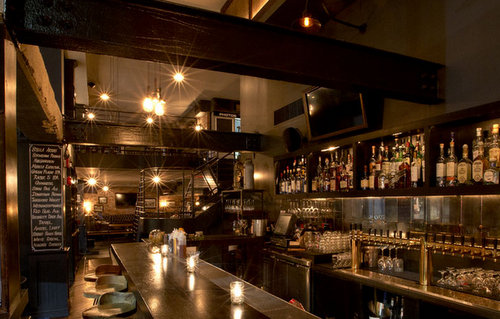 Q: Were there any restaurants that you broke up with in 2013?

Lesley Barger Suter, Dine Editor at LAmag: Lazy Ox - Partly because there are so many new options downtown now, but also—it's just not the same. The place has struggled to find it's legs since Josef Centeno left (it found them for a moment with Perfecto Rocher, but that was short lived). While still tasty, if I had a choice of a casual small-plates spot downtown today, the Ox would no longer be at the top of my list.

Jonathan Gold, LA Times Restaurant Critic: I most keenly felt the loss of Campanile, although that's more of a bereavement. (And I do realize it closed in 2012.)

Caroline Pardilla, blogger behind Caroline on Crack: Littlefork. Although I love the cocktails when Dino Balocchi is there, I've consistently been let down by the food. And Spago. I make no secret about my disdain for the cocktail program but, frankly, even though I love Wolfgang Puck, that charisma!, I haven't been all that crazy about the food either.

Matthew Kang, Associate Editor of Eater LA: There's a certain popular small plates/farm-to-table spot in Santa Monica that I'll never go back to, because I've never been so disrespected by a restaurant. I barely went to Nong La at all because, well, Phorage is closer, and better. Chego, because they moved to Chinatown, even though I still love the food that Roy Choi's putting out there. Also, I was high on Flores for a while, but the place is a little too safe to really be great right now. I wish they pushed the envelope a little.

Esther Tseng, blogger behind e*star LA: Not a restaurant, but The Roger Room. A couple great bartenders left, plus the looming Curse of La Cienega Boulevard - when maybe at first the bar cared about great cocktails but the clientele just doesn't quite require that quality to continue their patronage and so the quality of supply just kind of readjusts to said clientele.

Brigham Yen, blogger behind DTLA RISING with Brigham Yen: No haven't had any bad experiences to end with a break up.

Bill Esparza, blogger behind Street Gourmet LA: With all my traveling and eating out here in town, I don't get much of a chance to frequent many restaurants, and if they aren't delicious on my first visit, I don't come back unless I have to for a story. The last disappointing meal I had was at the Parish--there have been other bad meals, but mostly they're forgettable. No break-ups, but some where dumped after the first date.

Randy Clemens, freelance food writer and author of The Sriracha Cookbook: I dined at Zankou Chicken for the last time. Hadn't been in years, but falafel sounded good when I was riding by the Glendale location on my bike. Stopped in and was really disappointed in how dry and dense it was. The fluffy garlic sauce still holds up, but the "Fresh 'n Nova" brand carried at some Whole Foods Market locations carries is much better IMO. Went to Skaf's Grill (North Hollywood) the next day for some proper falafel and felt much better about the world afterward.

And I really wanted to like Crossroads, but the hostess and manager really made it difficult. I've heard similar complaints from others, sooo... sorry Bone Thugs-n-Harmony, but you probably won't see me at Tha Crossroads.

Zach Brooks, founder of Midtown Lunch: Sorry new school food trucks. I'd say it's not you, it's me. But it's really you.

Jeff Miller, Editor at Thrillist LA: II don't get 5 Guys. Why ever eat there when there are so many better burgers in town?

Maggie Nemser, founder of Blackboard Eats: None worth mentioning.

Jason Kessler, blogger behind Fly&Dine and Contributor at Bon Appétit: Chego. Well, technically, they broke up with me. By moving away and leaving me with the poor substitute that is the Alibi Room, Chego has broken my heart into a million kochujang-lacquered pieces.