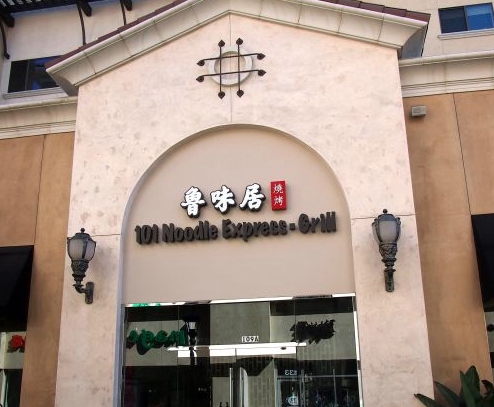 1) Monterey Park: The previously reported 101 Noodle Express flagship at Atlantic Square will open shortly. Furniture is in place and the restaurant is hiring staff. This will be 101 Noodle's first "grill" concept, which means BBQ skewers are coming. It's impossible to separate skewer eating from beer drinking, hence a Type 41 ABC license has been filed, though not yet approved. 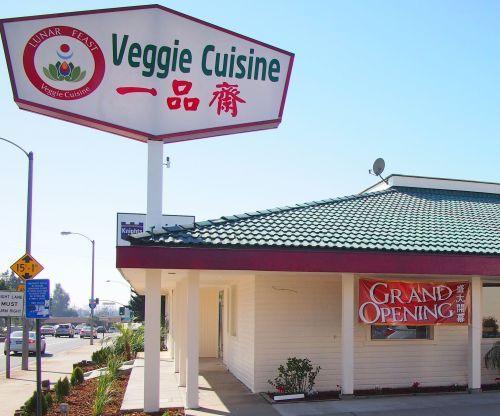 2) Rosemead: Lunar Feast Veggie Cuisine grand opened, replacing a dilapidated Denny's. According to reports on Chow, this is from the old owners of Supreme Vegetarian in Arcadia. 3643 Rosemead Blvd. 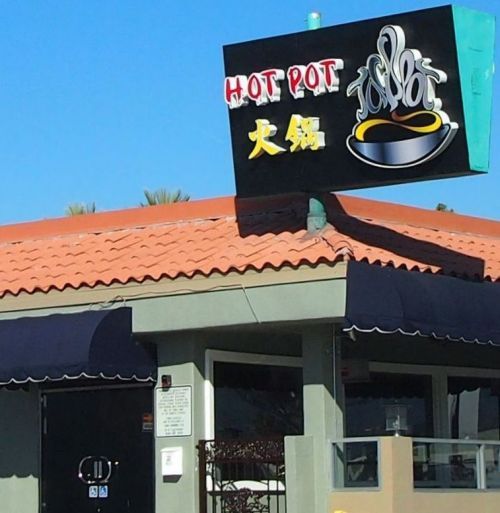