1) Oscars-Themed Cocktails
When: February 24
Where: Whiskey Blue at W Hotel Westwood
What: Celebrate the Oscars with a number of special cocktails prepared at the W Westwood, including "The Daniel Day Lewis" made with Maker's Mark, Averna Amaro, creme de cacao, and orange bitters. There's a "Les Mis," the "Silver Lining," "Argo," and "Django's Girl," all made to toast the Oscar winners during Sunday's broadcast. 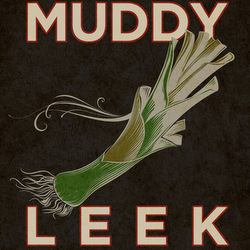 2) Muddy Leek Does Brunch
When: February 23, 11 a.m. - 3 p.m.
Where: Muddy Leek
What: This farm-to-table restaurant in Culver City's Arts District is serving up chicken and waffles covered in a house gravy. For other gut-busters there's a brioche french toast with pistachio mascarpone and a duck confit hash. For the health-conscious, there's a curry chicken and pink lady apple salad. 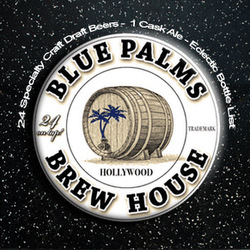 3) Pliny the Elder Tasting
When: February 23, 1 p.m.
Where: Blue Palms Brewhouse
What: Blue Palms Brewhouse in Hollywood is already telling the public their release time for Pliny the Younger, one of the most popular IPAs on the market, one that beer geeks often wait for hours in line. Blue Palms is doing one 10 oz pour for $20, with the cost covering the keg and the remaining funds going to charity. There are other Pliny the Younger tastings around town if this one's too packed. 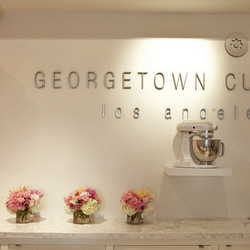 4) Red Carpet Red Velvet Cupcakes
When: February 24
Where: Georgetown Cupcakes
What: Just in times for the annual Academy Awards show on Sunday, Georgetown Cupcakes is baking special red velvet cupcakes with a gold Oscar fondant topper and gold sparkling sanding sugar. Priced at $2.75 each or $29 a dozen, they'll be available all day on Sunday at their West Hollywood location. ·All Something for the Weekend Coverage [~ELA~]