Late last Friday, news broke that the owners and two sushi chefs of The Hump, formerly inside the Santa Monica Airport, have been indicted by a federal grand jury for conspiring to import and sell illegal whale meat, a violation of the Marine Mammal Protection Act, reports the LA Times. The latest news from this case comes from June 2011, when Ginichi Ohira, the importer of the whale meat, plead guilty to a misdemeanor count. Previously in 2010, federal prosecutors dropped charges against the ownership group of The Hump and two sushi chefs, Kiyoshiro Yamamoto and Susumu Ueda, though the AP later reported that "the investigation [was] still open and future charges could be filed against the owner or chef."

These new charges claim that, "Yamamoto and Ueda allegedly ordered the whale meat from Ginichi Ohira, a Japanese national who previously pleaded guilty to a misdemeanor charge of illegally selling a marine mammal product." Looks like Ohira took a plea deal to save himself from the larger crime. If convicted, Yamamoto could face up to 67 years in prison while Ueda could face up to 10 years. The restaurant ownership faces up to $1.2 Million in fines. 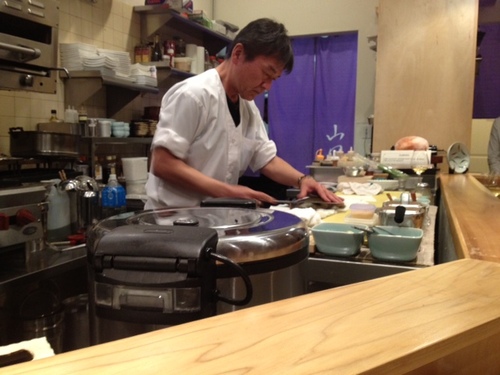 The wrinkle in all of this is that shortly after the closing of The Hump, Yamamoto found an investor to back an ultra-exclusive omakase sushi restaurant in a defunct gelato shop in Palms called Yamakase. Eater recently named invitation-only Yamakase one of the most expensive restaurants in Los Angeles, which has drawn accolades from bloggers and Yelpers alike. 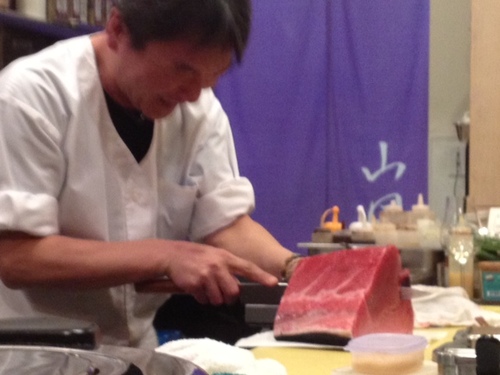 This new indictment puts the future of Yamakase into jeopardy, though the high-end sushi restaurant has had no reports of serving whale meat.
·Chef Could Face 67 Years For Serving Whale Meat [~EN~]
·All The Hump Coverage [~ELA~]