1) Black Truffle Tasting Menu
When: February 8
Where: Patina Restaurant
What: It's the last night to enjoy a special black truffle tasting at this celebrated downtown restaurant at the Walt Disney Concert Hall. Choose a between three, five, and seven courses tasting menu that includes dishes such as butter squash veloute with black truffle brioche, John Dory filet with black truffle venoise, and scottish wood pigeon with black truffle roule. $85 for three courses, $125 for five, and $175 for all seven courses. Reservations recommended. 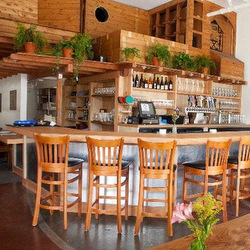 2) German Fasching Festival
When: February 8-9, 7:30 p.m. to close
Where: Wirtshaus
What: This popular German restaurant on La Brea is doing a German version of Carnivale called Fasching. There will be beer, schnitzel, and live music. There's a free beer for anyone who wears a costume. 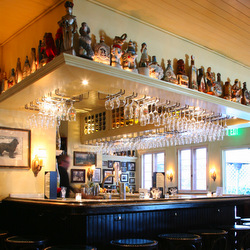 3) Mardi Gras Specials
When: February 9-12, 5 p.m. to close
Where: Dominick's & Little Dom's
What: Starting on Saturday night, New Orleans native chef Brandon Boudet will be preparing classic dishes from the Big Easy to celebrate Mardi Gras, including Muffaletta Sandwiches, Jambalaya, Beignets and of course, the much loved King Cake. 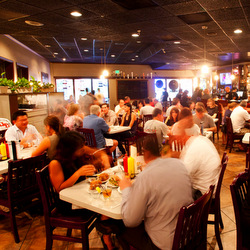 4) Pizza Burger for Pizza Pie Day
When: February 9
Where: Slater's 50/50
What: For their Burger of the Month, Slater's 50/50 is making a Pizza Burger with Sterling Silver ground beef, mild Italian sausage, house-made roasted red peppers, garlic marinara, and fried mozzarella sticks. There's also some other pizza-flavor variants, including a pepperior and hawaiian pizza burgers. Yes, it's a thing. Available all month, but something even better to get on February 9th, National Pizza Pie Day.
·All Something for the Weekend Coverage [~ELA~]