Share All sharing options for: Ashleigh Parsons of Alma 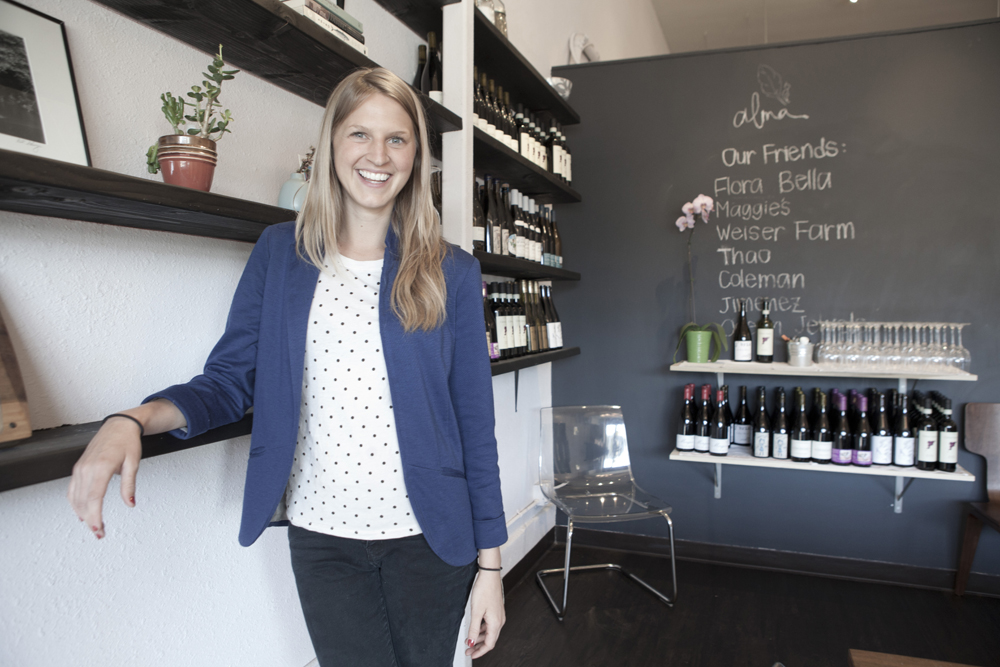 Ari Taymor's Alma wouldn't have arrived at its current stature without the help of his partner and front of house manager, Ashleigh Parsons. The former pop-up traveled from Westside to Eastside and finally settled in the southern part of Downtown, just south of Historic Core. After opening last June and undergoing a remodel in between, Alma has received a slew of accolades from local critics and looks to gain even more traction in the national conversation. While Taymor's progressive, seasonally-oriented cuisine has been compared to the likes of Copenhagen's Noma, Parsons shares how she tackles the busy evening service as well as the restaurant's greater community outreach programs. 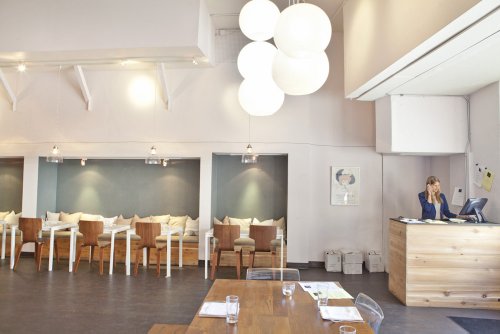 How did you find this space in Downtown? We were doing a pop-up here last June and the lease became available that month. We knew that the area was going to get better, like the Ace Hotel opening nearby, and other exciting projects Downtown.

What was here before? It was a kebab shop, and after that closed it was supposed to be a tea shop, but that didn't happen.

After doing a number of pop-ups, do you think you'll stay here? We're here for good.

What's your reservation policy? Mostly through OpenTable, but people can also email or call for a reservation. We only pick up the phone during the day, which is a Google Voice number that runs directly to my phone. Since I'm usually the only front of house person early in the day I manage the phone reservations. Once service starts we don't pick up the phone. When I speak to people, I recommend that diners make reservations via OpenTable or email.

What's the busiest night of the week? Gosh, these days almost every night is busy. Typically Saturdays are the most busy, but Wednesdays, Thursdays, and Fridays are busy too. We're pretty much booked out every night.

How many diners can you take per night? Each night we can take anywhere from 45-60. Tonight (a Friday), we have 60 in the books and tomorrow we have 65, which is two-and-a-half turns. 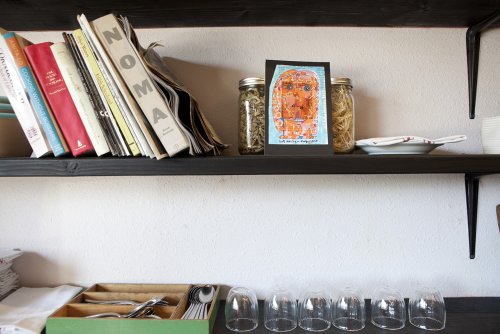 Do people ever try and wait for a table? We've figured out the quirks of how long it takes to turn a table by this point, so we know when we're not going to able to accommodate any more diners. We try to seat people with reservations right away, but sometimes people are late because of traffic, which happens in L.A. When that happens, tables get pushed back a bit. We do take walk-ins, but it's getting trickier with the number of reservations we have. We don't leave any seats aside for walk-ins, so they're really only for cancellations.

How many cancellations do you generally have a night? Not many because I call and confirm every reservation the day of. We rarely have no-shows at this point so it's pretty nice. It makes life easier.

What do you do if someone no-shows? Do you put them on a blacklist? We mark it and if they've booked through Open Table then they'll get an email that they didn't show up, but we don't send the email until the end of the night.

Are those seats next to the street side window available for walk-ins? Those are waiting seats, they're not the most comfortable so we really use it as a waiting area where people can get a glass of wine or beer while they wait for their table. We have a few friends that actually prefer to eat there.

Is there any plan to increase the number of seats? Absolutely, we're looking to add three more two-tops in the front of the restaurant. This large table in the front at the moment is a communal table, but it's mostly just used for bigger parties.

What's the best table in the restaurant? I personally love the chef's counter, you can overlook what the cooks are doing and it's a fun experience. In terms of seats, the table with the alcove toward the front of the restaurant is very intimate.

What's the most popular dish on the menu? I would say the seaweed and tofu beignets.

What's an unusual request that you've had to accommodate? We get a lot of people who put it on OpenTable that ask for the best seat in the restaurant, or they ask for tables away from the bathroom or away from the front door because they want to avoid drafts. There's a lot of people who have allergies, with the most common being gluten and dairy, which we can accommodate as long as we have the heads up.

Do you have any favorite customers? At this point we've developed regulars so we really love that — people who live Downtown or travel from the Westside or Los Feliz. They've been supporting us since the beginning. 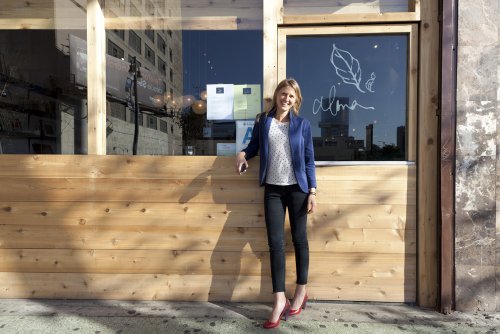 What were you doing before this? Before this I was studying education in Cambridge (Massachusetts), but my previous restaurant experience was at La Chassagnette in France. We're doing a lot of community outreach right now and have partners with a couple of schools in low-income neighborhoods. We've started a curriculum around health and wellness, cooking classes, seasonality and things like that. We're working with one elementary school and one high school.

Do you think good food makes the world a better place? I think so, yes.

Was the community outreach one of the goals of Alma? That was part of my agreement with Ari when I came on board, and he was very supportive. It sort of mirrors the stuff that Alice Waters (Chez Panisse) does, the edible education component. We want to show the importance of food and what we put in our bodies. Ari's food is healthy food, it comes directly from the farms, so the outreach is something that's very important to us.

How is it now that you have a beer and wine license? It's really exciting. People can still bring their own wine for a corkage fee. We're excited by the wines we're working with on our tiny list that mimics the menu. Wines are small production, natural, and biodynamically produced wines.

Where do you like to eat if you're not here? Night + Market, I love Thai food. And I like L&E Oyster Bar in Silver Lake.

Are you guys ever going to lunch or brunch? For sure, brunch is in the works. Hopefully soon, but we won't be doing lunch on weekdays.

What's the goal of Alma? We'd like to think that we're part of some sort of movement. That goal is to have people leave here very satisfied, very happy. We're doing exactly what we want to be doing.
·All Gatekeepers Coverage [~ELA~]

Alma at the Standard