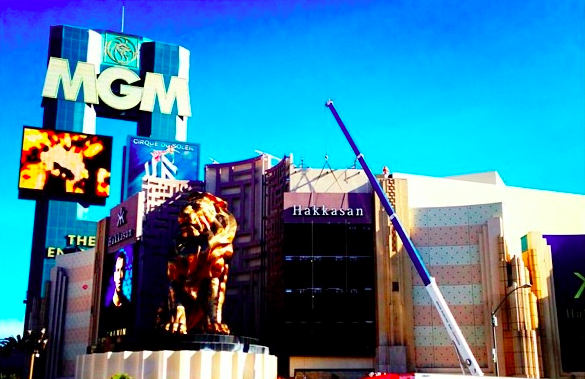 MGM GRAND—All hail Hakkasan. One of Vegas' biggest new dining engagements has set not one, but two opening dates. The massive five-level eatery, lounge and nightclub coming to the MGM Grand plans to debut its nightclub on April 18, while the restaurant starts serving on May 3.

THE LINQ— Whoa, hold on to your ridiculously named menu items, Guy Fieri's much hated American Kitchen & Bar is rumored to be coming soon to The Linq, the newest monstrosity set to open near Caesar's this fall.

THE FOUR SEASONS— Is Vegas trying to get classy? Well, at least the Four Seasons is upholding its sophistication by teasing out information on its newest bar, Press. Check out a rendering of the $1.3 million bar on Eater Vegas. Press will offer free WiFi and numerous electrical outlets in addition to Lavazza espresso, Stumptown organic roasted coffee, and pastry chef Jean-Luc Daul's sweets. The Four Seasons plans to unveil the bar on May 3.