LA's Most 'Terrible' and 'Disgusting' Restaurants on Yelp

Share All sharing options for: LA's Most 'Terrible' and 'Disgusting' Restaurants on Yelp 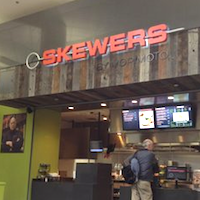 1) Morimotos Skewers: It's true, Iron Chef Morimoto's quick-casual Pan-Asian inside LAX is suffering at the mouths of Yelpers. Lillian C. is surprised, "I can't believe this place has Morimoto's name on it... I mean... SERIOUSLY? ... We ordered some skewers with rice and the portions were not only tiny, it was expensive and bland." Brandon S. says "It was extremely dry ... it was like eating beef jerky." Finally, Mark A. has a recommendation, "McDonalds across the hall is better."
Stars: Barely 1.5; Reviews: 14 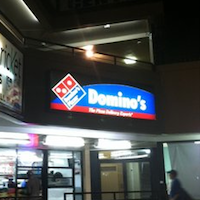 2) Domino's: This may be the most hated pizza place in Los Angeles. Mostly, the problem seems to be that delivery takes too long. Octavio L. (who lives all the way in Monrovia) is loyal to another chain and says this Domino's has, "horrible customer service, and inconsistent menu options and food! Manager was a jerk to me and my friend ... pizza hut from now on!" Meanwhile, Tiffany V. was shocked: "Pizzas were blackened. I'm talking rock-hard and charred. I couldn't even attempt to eat them. Really? Does no one do a basic quality check before sending orders out at this place?"
Stars: 1.5; Reviews: 9 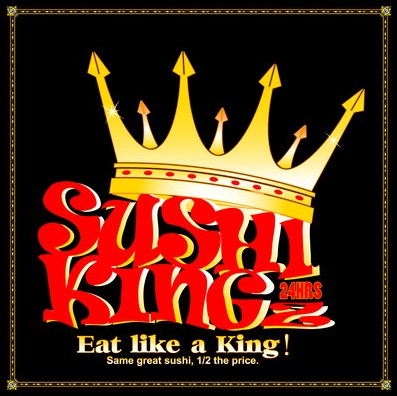 3) Sushi Kingz: Some Yelpers (shills?) actually like this sushi spot in Hollywood because it's open late. Unfortunately, their tag line, "Same great sushi, 1/2 the price," strikes everyone else as a bad idea. Marie B. and others doesn't see it as discounted sushi at all: "Too expensive, bad decor... and white people trying to make sushi?" Most people, like Stephanie L., tried to give the place zero stars. Ouch: "DISGUSTING. Creepy. Gross. I have to agree and say I would rather eat a tire."
Stars: Barely 2; Reviews: 83 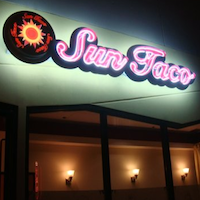 4) Sun Taco: The prevailing theory about why Sun Taco still exists has to do with its proximity to The Hollywood Bowl. Otherwise, several comments suggest a problem with the meat quality. Stephanie L. (who may or may not like writing bad things about restaurants on Yelp) notices something's off: "I stared down at really dark black meat, some funky looking kimchi, cheese, and pico de gallo..." And so does Lisette T.: "Ate two hard shell chicken tacos. Or was that chicken? I couldn't tell what I was supposed to be eating..."
Stars: 2; Reviews: 13 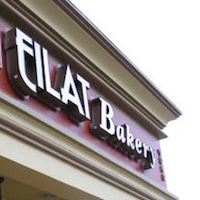 5) Eilat Bakery: How could anyone hate a bakery so much? mireta k. gives us some insight: "Horrible!!! The food is bland, recycled from other people's leftovers and way overpriced. Ew." George S. has some choice words to add, "Bad service, very rude, ... they treat the customer like an animal cause its kosher ... Dirty, old and stale." Glenn S. adds, "What a joke. Service horrible. Argue with you about cleaning a table, meanwhile the floor and counter are disgusting."
Stars: 2; Reviews: 51 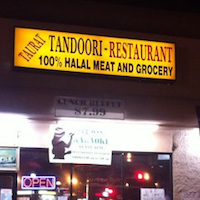 6) Taurat Tandoori: This Wilshire Center Halal joint is hated by more than half of its reviewers, but could that be because next door's Indian is better only by comparison? Adam M. shares this bit, "... it gets worse, the tandoori chicken tasted like it was cooked 2 days ago and then nuked on order. And Daniel H. really doesn't bland food: "The food is the nastiest Indian food I've ever had. EVERYTHING IS WATERED DOWN." Finally, Gwen R. is blunt about the service, "Obviously, the service was deplorable."
Stars: 2.5; Reviews: 27 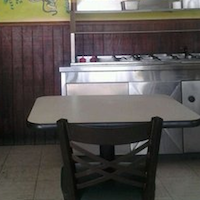 7) Pantry's Pizza: The problem at this West LA pizza joint appears to be its inconsistency with delivery. Jesse H. lays it out, "Basically, you order your food and it takes upwards of two hours for your meal to arrive." Tk K. says it was all a bad dream, "Would leave zero stars if i could. it was a nightmare dealing this establishment." And Matt A., 'who never leaves reviews,' leaves a warning: "This place is extremely dirty and the food is terrible. STAY AWAY AT ALL COSTS."
Stars: 2; Reviews: 20 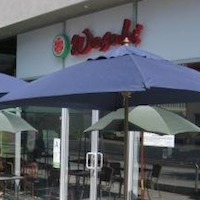 8) Wasabi Japanese Noodle House: Koreatown has a lot of places that are hit or miss, but Wasabi seems to have Yelpers up in arms about a variety of ills. Lauren G. says, "Table was dirty, glass was dirty, food made me sick. I shouldn't have trusted anything raw from here. I wouldn't suggest anyone eat here." Yohana R. is angry about the service, "ABSOLUTELY TERRIBLE SERVICE!" Elizabeth E. goes on about the cleanliness, or lack thereof, "I can't tell you how many times I've gone in here and basically washed my own table. The bathroom smells horrible all the time."
Stars: Barely 2.5; Reviews: 98