Share All sharing options for: Max Chow of Mr Chow 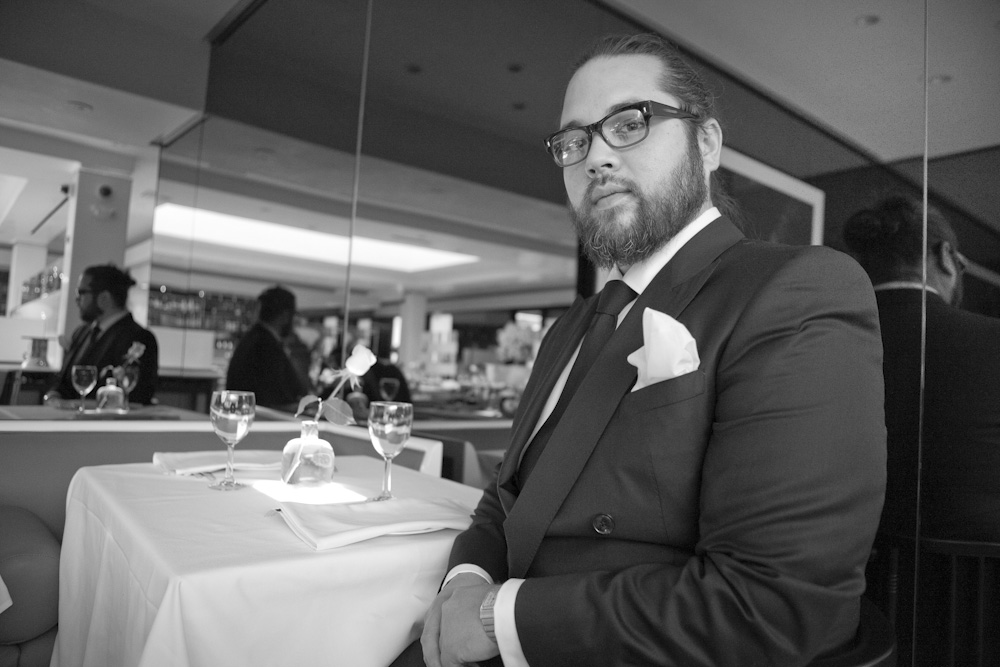 Max Chow started working at Mr Chow in Beverly Hills when he was a child, eventually moving up the ranks and dabbling in a variety of careers before returning to the restaurant world and overseeing the Mr Chow corporate office. The son of founder Michael Chow, Max has a unique perspective of a decades-old business that remains timeless despite a few more recent openings of late, from Miami to Malibu. Herein, Max shares an inside view of this iconic restaurant, and how he helps manage its very busy tables.

At which Mr Chow restaurant do you currently work? I don't really work on the floor, though as we've opened the Malibu location there have been occasions where I have. When we open a new restaurant, I'm there overseeing the whole operation from the beginning. 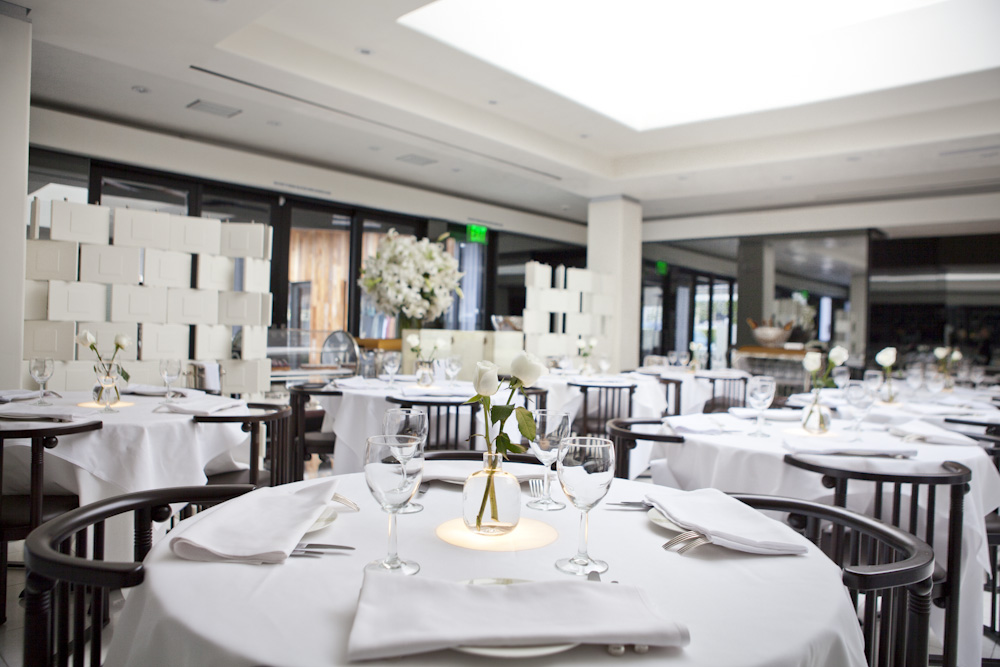 What's your background? My family's been in the restaurant business since before I was born, so I was always involved with it. Previously I'd been in the motion picture industry, the art world, and bounced around quite a bit before coming back to the food world.

What was your first job at Mr. Chow? When I was really young, I would ask to help set up the tables in the afternoon, but I ended up causing more trouble than helping. My first real job in the kitchen was at the pasta station, where I would prep dumplings and noodles. I eventually moved all across the kitchen and worked in the front-of-house before I got involved on the corporate side of things.

Did you have control over the transformation of Nobu to Mr Chow Malibu? My father, Michael Chow, does the design work for all of our locations. We have people in-house to manage the construction and build out, so I wasn't involved with that. 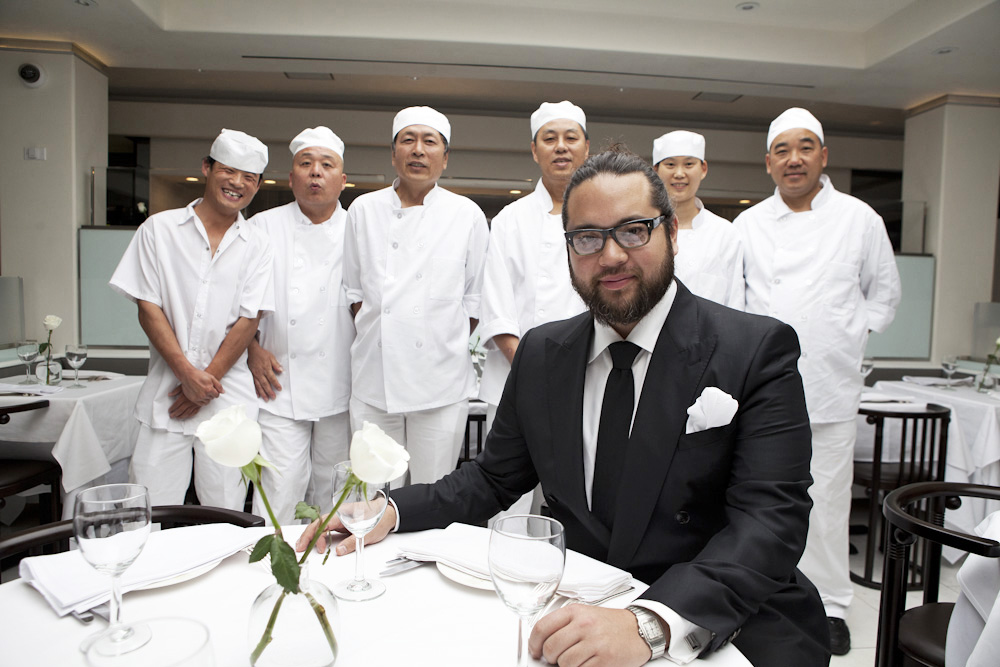 What's distinct design-wise about the Malibu location? We have two locations next to the ocean that have a white-on-white look – Miami and Malibu. The other locations are inland so they're black and white, in an art-deco style. At Malibu, everything is white, from the marble to the staff uniforms.

What are the most popular dishes on the menu? There are so many classics, but the chicken saute and the Beijing duck are the best-sellers.

What's your favorite dish? That's like choosing a favorite color, it's too hard to choose. My favorite tends to rotate.

How do you handle menu alterations, modifications or substitutions? We like to think that we take a lot of pride in what we do with our food, but it's also Chinese culture to present dishes are they are. If people have an odd request, we do try to do what we can to make diners happy.

What's the best way to get through menu? The prix-fixe is really recommended, as it's the best bargain and allows everyone at the table to share things family style. It's the best experience and you get a lot of different tastes.

What's the reservation policy for Mr Chow Malibu? At all of our restaurants, it's not too difficult to get a reservation. Sometimes you can land a table quicker if you happen to know the maitre d' on site.

What's the wait for a table at, say, 8PM on a Saturday night? The walk-in time could be over an hour at that point. If you have a reservation, it would be under twenty minutes. We try to seat people as quickly as possible, but if they need to wait the lounge is a great place to grab a drink.

Who are the maitre d's? We have one on the floor at any given moment. Ricardo works five nights a week and Angela is there from Sunday to Monday.

What are the busiest nights of the week? At all the restaurants, Friday and Saturday, which also seems to be the case with Malibu.

What do you do when someone doesn't show up for their reservation? When someone no-shows, we just mark them as no-shows. We don't make a big deal out of it, and we especially won't tweet it. We typically don't get too many no-shows.

What are the best seats in the house in Malibu? A lot of people like to sit on the patio, which was a holdover of what was at Nobu. It's the place to see and be seen, and it's a different vibe from the inside – slightly darker and more romantic. It's especially popular place to sit in the summertime.

How many seats do you have there? About 100.

What have some people said when they're trying to get tables quicker? People like to say that they know Mr Chow. Or they say that they go to the other (original in Beverly Hills) restaurant all the time. The funniest response is when people say that they're friends with my dad.

What do you end up doing when they say that? Well, I would say that everyone is a "good friend" of Mr Chow's. We treat everyone the same, so that everybody has a good experience.

Who are some of your favorite customers? A lot of people have been coming to the restaurant for a long time, whether it be celebrities or regulars. In Malibu, there's been a lot of new people, but there's also a lot of Beverly Hills regulars that live in the area, so they appreciate not having to drive as far. As for as celebrities, we've had Pierce Brosnan come by a few times, which is nice.

What are some of your favorite places to eat around town? I live in Venice so I try to stay local. I like the Tasting Kitchen and Gjelina, as well as hole-in-the-wall ethnic places. I like this place called Awash, a tiny Ethiopian place on Pico. If you were to walk by you would totally miss it. I also like places in Koreatown like You & Me dumplings on Western, as well as Park's BBQ.

What's next for Mr Chow Malibu? It's pretty much set at this point. We expect that it'll really get busy as the summer starts. Everyone that has houses in the area is going to migrate out there, so it gets a little crazy.

Do you have any further plans to open new locations? We have a very unique system. People come up to us with opportunities all the time and we evaluate them. But at the moment we don't have anything specifically in the works.