The Five Must-Watch Videos of the Week

Share All sharing options for: The Five Must-Watch Videos of the Week

More and more great content about food in Los Angeles is being released on film. Here now, a look at last week's best new food videos. Know of one that we missed? Send it our way. 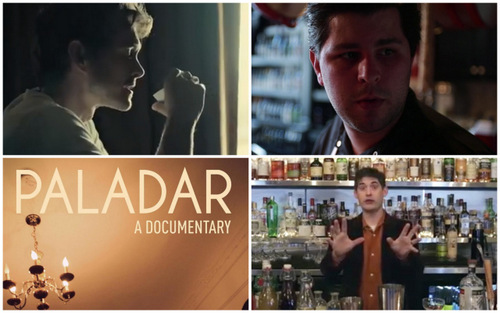 This week, Curbed LA discovers a film from The Echo Park Historical Society that reveals The Short Stop's seedy history. USC students used to host an underground dining club called Paladar; now, there's a film about it. Eater Moving Pictures presents a how-to on a swanky cocktail, The Corsair. Over on NBC, chef José Andrés is teaching actors how to cook brains, and in a new film by Nowness, see Mario Batali and Chad Colby (chi Spacca) obsess over meat.

1) The Seedy History of The Short Stop:
Sunset Boulevard's Short Stop has been a hipster/Dodgers bar for as long as we can remember, but Curbed LA finds out that it once had a nasty connection to some of the worst LAPD corruption. The 1925 building has been a dark hotbed of seediness ever since a girl gang tried to steal a fur coat back in 1929. The Echo Park Historical Society lay it all out in this terrific video. [EPHS]

2) Paladar:
Young USC graduate Gil Freston directed this film, soon to be shown at the Tribeca Film Festival. It showcases USC's illegal, underground dining club, Paladar, which operated just off campus until a few years ago. Chefs Alex Chang (now at Animal) and Bobby Kronfli (now owner of Bacaro LA) reveal their motivations, secrets and busts in the indie flick, which shows off their talent, and the heightened taste level of college students. [EBF Productions]

4) Hannibal:
Hannibal Lecter is perhaps one of the most terrifying fictional serial killers, and NBC is bringing him to the small screen. But since Dr. Lecter is also a well-trained home cook, NBC hired on José Andrés to consult on the cooking. Check out the trailer. [NBC]