Share All sharing options for: LA's Most Anticipated Spring and Summer Openings

Throughout the year, restaurants rush to open for business to capture the best of spring and summer business. On the horizon are a slew of notable openings, from Michael Cimarusti's Connie & Ted's to Hakkasan in Beverly Hills. Here now a list of the most important openings of the spring and summer months. 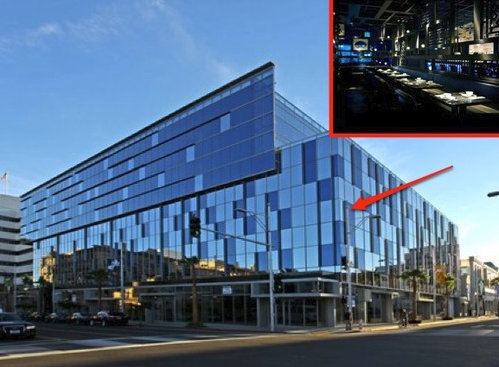 18) Beverly Hills: Hakkasan
Major Players: Alan Yau, Armando Conway
The Situation: The Michelin-starred restaurant is bringing its dark, sexy, high-end Asian cuisine and club-scene to the heart of Beverly Hills, right inside the MGM Building, similar to its arrangement at the MGM Grand in Vegas. At the moment, the anticipated opening date is some time this summer. They're already staffing up the front-of-house while the bar program is currently being assembled by Armando Conway (La Descarga).
Projected Opening: Late Summer
[All Hakkasan Coverage] 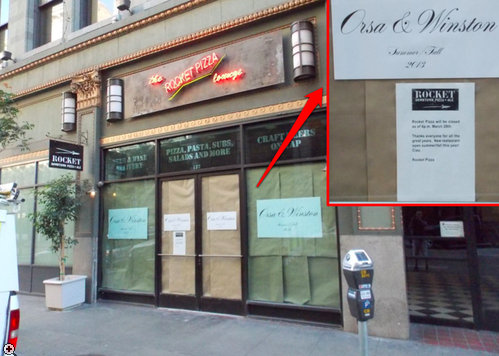 17) Downtown: Orsa & Winston
Major Players: Josef Centano
The Situation: Not many details have emerged from this latest venture by chef Josef Centeno, who seems to be on a tear of late after opening Baco Mercat and Bar Ama in recent years. The chef snatched up the former Rocket Pizza Lounge and quickly covered the front with news of a new restaurant that's purported to be an "Italian small plates concept."
Projected Opening: Late Summer
[All Orsa & Winston Coverage] 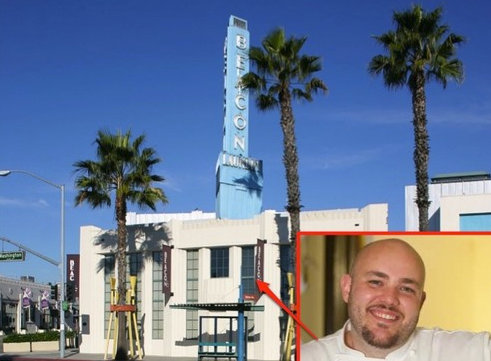 16) Culver City: Bucato
Major Players: Evan Funke
The Situation: After a many-month delay it finally looks like the finishes are about to go into Evan Funke's Helms Bakery restaurant. The highly anticipated Italian eatery has been serving things like porchetta and burgers from a truck, though it looks like things will be shaping up toward a July opening if things keep on track. At the moment the patio and interior is under work. Expect house-made pastas, a wood-burning oven, and a selection of boutique wines.
Projected Opening: Early Summer
[All Bucato Coverage] 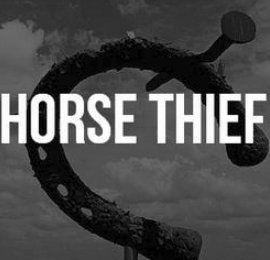 15) Downtown: Horse Thief BBQ
Major Players: Russell Malixi
The Situation: This fledgling crew is taking on the former Local Express/Chimu space that hosts an ordering window and overlooks a cute patio area just adjacent to Grand Central Market with authentic Texas-style barbecue. The smokers intend to be very large, with items like brisket, ribs, turkey and chicken legs coming from its belly. Surely to be a boon for the Downtown lunch crowd.
Projected Opening: Mid-Summer
[All Horse Thief BBQ Coverage] 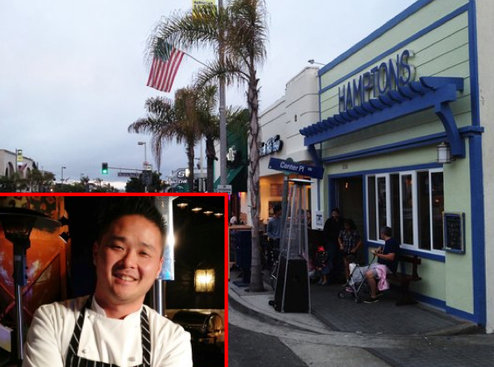 14) Manhattan Beach: Little Sister
Major Players: Jed Sanford, Tin Vuong and Anthony Agriam
The Situation: Coming off the heels of Fishing with Dynamite's recent opening, this new project from the WildCraft Sourdough Pizza chef touts Southeast Asian cuisine that meld the flavors of Europe (thanks to colonialization). The 50-seat project is tentatively called Little Sister though a final name hasn't been decided. Agriam will be designing the space to look like a Singaporean shophouse.
Projected Opening: Early Summer
[All Little Sister Coverage] 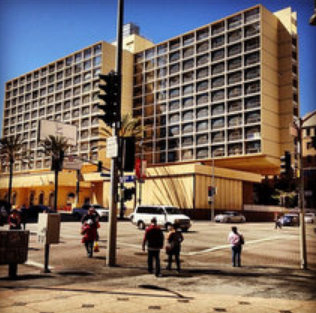 13) Koreatown: The Line Hotel
Major Players: Roy Choi, Sydell Group
The Situation: Roy Choi is returning to his hometown of Koreatown, in the heart of the Wilshire District. The Sydell Group (NoMad) is turning the iconic mid-century property into a boutique hotel, with Choi handling all of the food and beverage services. No details yet on the concept or approach, but expect Choi's typical creative style with Asian flavors.The Houston Brothers are also opening a cocktail bar and lounge inside.
Projected Opening: Late Summer
[All The Line Hotel Coverage] 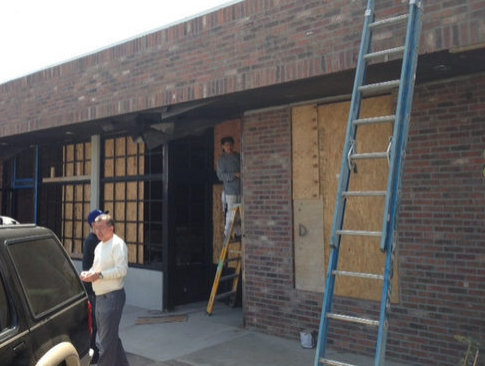 12) Palms: The Doughroom
Major Players: Kaveh Karimi, D.J. Olsen, Eddie Hah
The Situation: After taking over neighborhood favorite Kristina's last year, Karimi is planning to turn it into a New American/Mediterranean casual concept that sports a craft beer lineup and boutique wines. Hah (8 oz. Burger) and Olsen (Lou) are planning to incorporate Italian flavors throughout the menu, with pastas and pizzas as the strong suit, along with composed small and larger plates.
Projected Opening: Late Spring
[All The Doughroom Coverage] 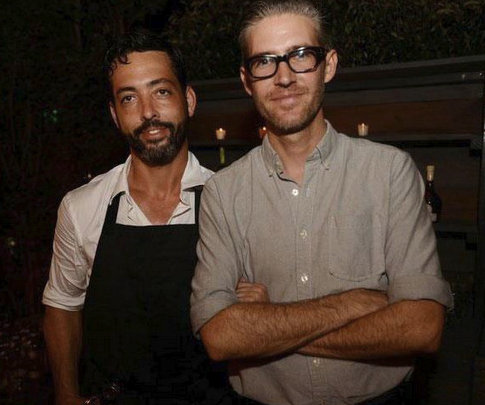 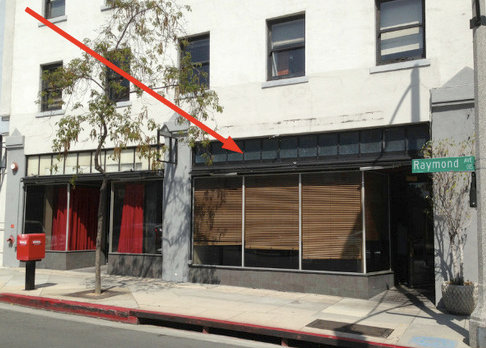 10) Pasadena: Copa Vida
Major Players: Steve Chang, Frank La, Sam Hong
The Situation: Steve Chang is producing this massive new coffee bar in Old Town Pasadena along with La and Hong, who previously put together Cafe Dulce Pop-Up. They're planning to do a multi-roaster system along with a top-notch tea program. In addition, they're thinking of having a menu of snacks and sandwiches to go along with night-time life shows to make use of the former jazz venue Red White & Bluezz that used to reside here.
Projected Opening: Late July
All Copa Vida Coverage] 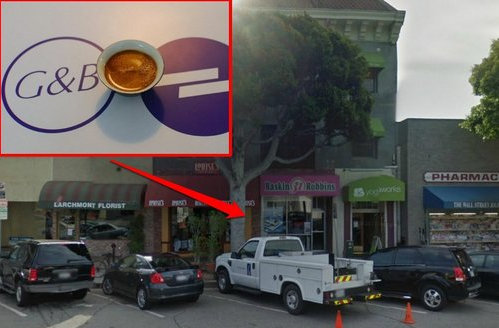 9) Larchmont: G&B Coffee
Major Players: Kyle Glanville and Charles Babinski
The Situation: The coffee guys behind local favorite G&B are expanding quickly, with not only this much-needed specialty coffee bar in Larchmont in a former Baskin-Robbins, but also a new bar in Grand Central Market in Downtown. They'll be bringing their state-of-the-art espresso and coffee program, in addition to tea service and milkshakes. Like their original spot inside SQIRL, this will no doubt be a great hit for the neighborhood.
Projected Opening: Early Summer
[All G&B Coffee Coverage] 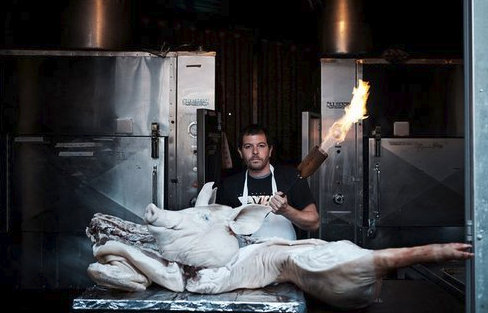 8) Melrose: Roadhouse LA
Major Players: Adam Fleishman and Robbie Richter
The Situation: Though originally just a rumor, it looks like the barbecue concept by former Hill Country and Fatty Cue chef Richter opening inside Melrose' Improv is true. There's going to be some fusion involved with the menu, with things like smoked lamb neck, jerk chicken and Punjabi poutine on the menu. The 100-seat restaurant will also offer its dishes to those enjoying the comedy shows at Improv.
Projected Opening: Late Summer
[All Roadhouse LA Coverage] 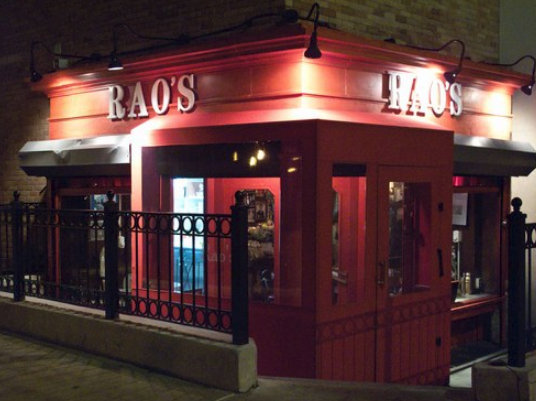 7) Hollywood: Rao's
Major Players: The Pelligrino Family
The Situation: The iconic old-school Italian mob-haunt from New York has a confirmed location in Hollywood, after its initial expansion into Vegas' Caesar's Palace resort a few years back. The LA restaurant will boat 95 seats (as opposed to 10 seats at the original) and the same spaghetti and red sauce menu, along with both indoor and outdoor seating.
Projected Opening: Mid Summer
[All Rao's Coverage] 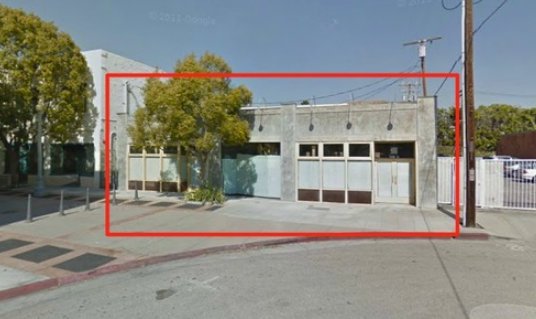 6) Culver City: Enjoeat
Major Players: Antonio Pellini
The Situation: The chef behind Eatalian Cafe in Gardena is opening this large pizzeria in Culver City, which will be divided into a more formal Italian dining experience and more casual gelato-shop and bakery concept. Right now construction crews are putting together the interior bits, with finishes going in right after that. Depending on the elaborateness of the inside, it might be a few more months before opening.
Projected Opening: Late Summer
[All Enjoeat Coverage] 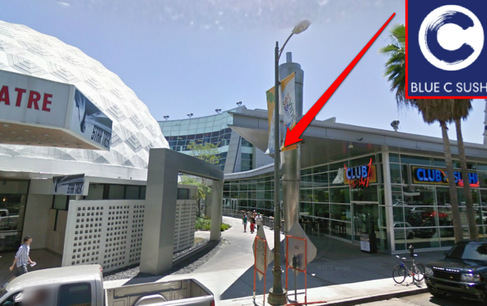 5) West Hollywood: Blue C Sushi
Major Players: Jeffrey Lunak
The Situation: This Seattle-based chain of sushi restaurants is opening right next to Stella Barra and Roadside Eats, the new offering by the Rush Street and City Tavern folks. The conveyor belt sushi, also called kaiten sushi, will incorporate everything from sushi to tuna tacos to teriyaki chicken, sure to be a hit with the Arclight and Cinerama Dome crowd.
Projected Opening:First week of August
[All Blue C Sushi Coverage] 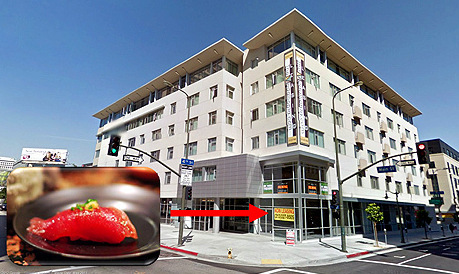 4) Downtown: Sushi Zo
Major Players: Keizo Seki
The Situation: This high-end sushi place has garnered plenty of accolades over the years at its humble Palms-adjacent strip mall home, though this new Downtown location right in the middle of the Old Bank District should be a game-changer for the area. Located on the corner the Medallion project, the nearly 1,600 square foot space will be a great place to enjoy some of the best omakase tasting menus in the city.
Projected Opening: Late Summer
[All Sushi Zo Coverage] 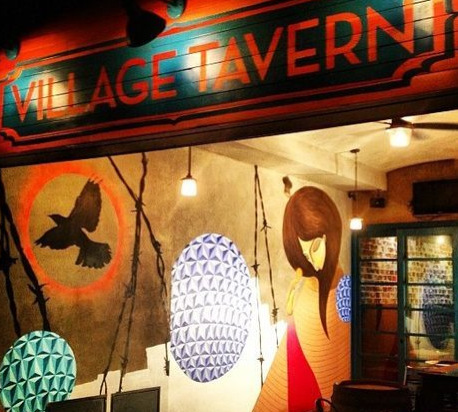 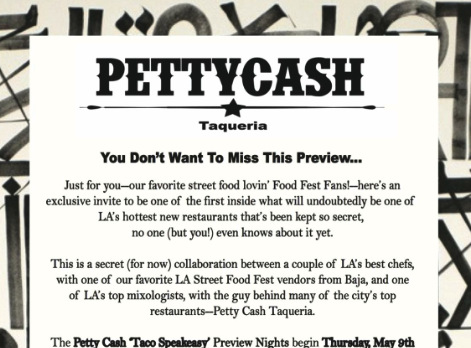 2) Beverly Blvd: Petty Cash Taqueria
Major Players: Bill Chait, Walter Manzke, Guillermo Campos Moreno, Julian Cox, Bill Esparza
The Situation: This new taqueria at the former Playa space has been heavily under wraps while restaurateur Bill Chait manages the change in concept. Previews have been going on all week for those on the mailing list. Walter Manzke is overseeing the kitchen, along with the lauded Tacos Kokopelli (Baja) chef Guillermo Campos Moreno. Julian Cox is behind the cocktail program and food writer Bill Esparza is helping out with the selection of tequilas, mezcals and sotols.
Projected Opening: Mid-May
[All Petty Cash Taqueria Coverage] 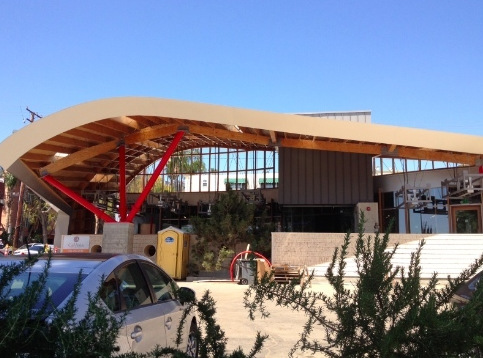