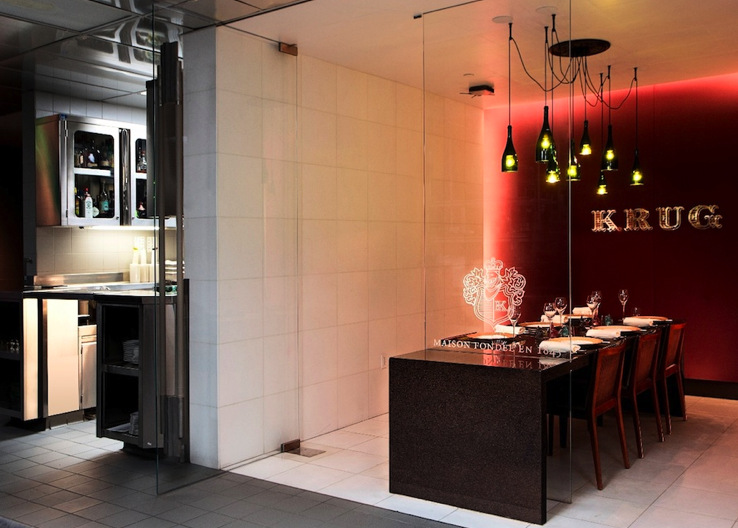 CAESAR'S— There's a super-exclusive six-seat table at Guy Savoy's restaurant inside Caesar's Palace. Guests get a view of the kitchen and a tasting of 13 courses, starting at $348 without the champagne pairings of Krug. From there, the pairings start with Krug Grande Cuveé and then with Krug Rosé for the ultimate in decadence.

MANDALAY BAY— Chef Akira Back, of Yellowtail inside the Bellagio, is now the executive chef of Kumi, now called Kumi by Akira Back, inside Mandalay Bay. Expect a 10,000 s.f. restaurant that fits 300 that will serve Back's modern Japanese cuisine with a Korean-American twist.

AROUND TOWN— News hits that Chicago chef and Masterchef judge Graham Elliot is looking for spaces around L.A. and Vegas.

SPRING MOUNTAIN— Jet Tila returns to Vegas (he formerly was chef of Wazuzu at Encore) with a casual shaved ice concept called Kuma Snow Cream, which promises to be something between shaved ice and ice cream. He's calling it the next Pinkberry.