1) Cochon 555
When: 4 p.m. to 7 p.m., May 5
Where: House of Blues
What: Five chefs compete with five heritage pigs in this annual porcine showdown, this time returning to the House of Blues on Sunset. Contestants include Jet Tila, Sean Dent of the House of Blues, Joshua Wingham of The Bazaar, Ray Garcia of FIG, and Gavin Lansdale of Ford's Filling Station (remember Ben Ford won last year's event). In addition, Lindy & Grundy will be doing a butcher demo. New additions to the event include a Cocktail Competition called "Punch Kings" sponsored by Breckenridge Bourbon. There's also an afterparty with LA Creamery's Porc Phat ice cream, Snocone machines, mezcal-shaved ice, and a taco stand with Octavio Becerra. VIP tickets start at 4 p.m. while general admission starts at 5 p.m. 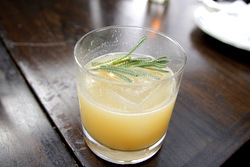 2) Kentucky Derby Viewing
When: 1 - 5 p.m., May 4
Where: Willie Jane
What: If there's a great place to watch the 139th running of the Kentucky Derby on Saturday, it would be the low-country inspired Willie Jane and its lovely patio. There will be freshly-middle mint juleps (of course), biscuits with short ribs, onion-mushroom gravy, and spicy Brussels sprouts slaw; and Niman Ranch pig tails with "wing sauce." For those feeling generous, the restaurant will also be accepting donations for OneFundBoston.org to show solidarity in the wake of the Boston tragedy. 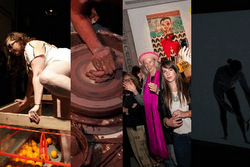 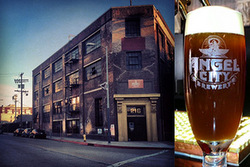 4) Angel City Brewery Grand Opening Party
When: 11 a.m. - 6 p.m., May 4
Where: Angel City Brewery
What: Downtown LA's only craft brewery is putting together its official grand opening party in the Arts District, with live bands, brew and food taking place all day. The historic brewery will launch its "re-birth" with a grand toast and then the revelry begins. Food trucks, along with new Downtown addition Peddler's Creamery will be serving. There will also be brewer-led brewery tours throughout the day for craft beer enthusiasts. 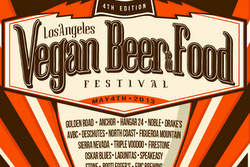 5) LA Vegan Beer Fest
When: 1-6 p.m., May 4
Where: 8950 Sunset Blvd.
What: This massive beer block party is great for both vegans and non-vegans looking for craft brew at its finest. Breweries participating this year include Anchor, Golden Road, Hanger 24, Noble Aleworks, and Fireman's Brew, among others. Some of the food vendors include STREET, Mohawk Bend, Sage Vegan Bistro, the Dosa Truck, Southern Fried Vegan BBQ, and more. Beach chairs, blankets and plenty of coverage from the sun is highly recommended for this upcoming warm weekend.
·All Something for the Weekend Coverage [~ELA~]