Share All sharing options for: Seth Glassman of RivaBella 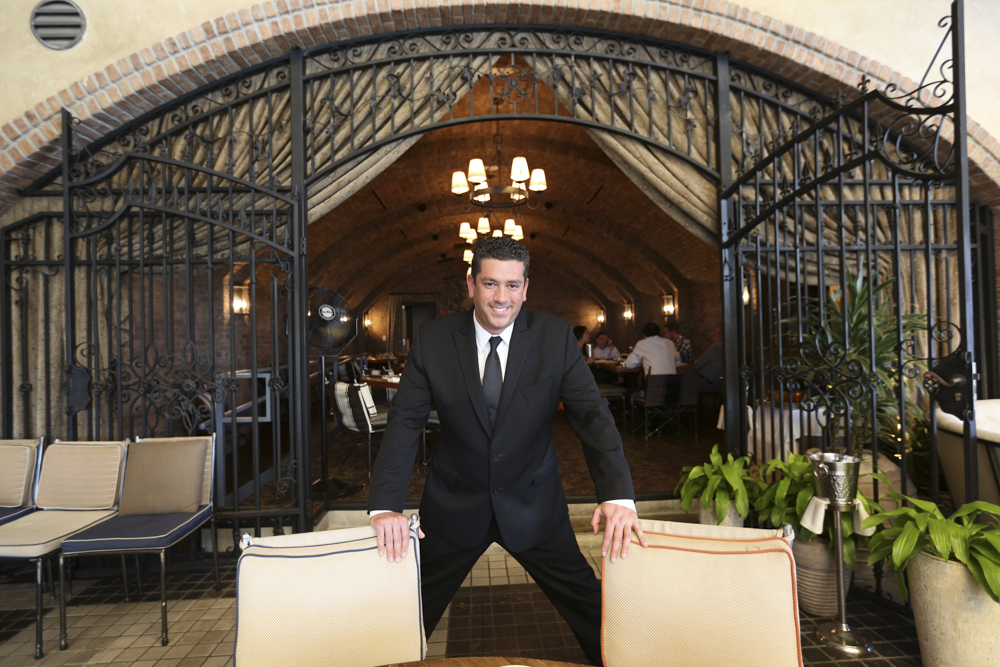 Seth Glassman, the executive general manager of not only RivaBella but also the adjacent Chi-Lin, has worked with Innovative Dining Group for eight years. Previously the GM of nearby BOA Steakhouse, Glassman has been instrumental in changing the West Hollywood environs from a party scene to a legitimate place for power dining. Eater talks to Glassman about transforming the former Hamburger Hamlet into two major restaurants, and how he manages tables at white hot RivaBella. 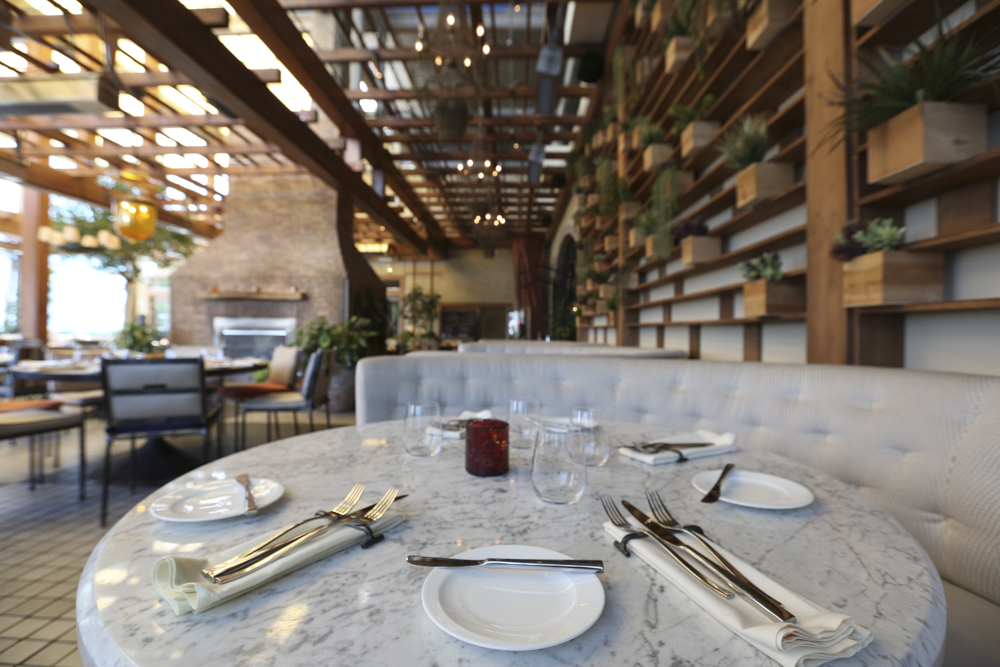 What was the build out like at RivaBella? This was the Old Hamburger Hamlet space, which totaled 15,000 square feet, which we turned into two restaurants and one kitchen. The focal point of the restaurant was the 2,500 square foot patio space for RivaBella. I helped a little bit with the build out but the main work was done by the ownership and Studio Collective, the design team. The patio entrance to RivaBella used to be the entrance to the parking lot in the building. The whole place was gutted out so it was like having a blank canvas to start out with.

What's the average wait for a table for four at 8 p.m. on a Saturday night? If we've done a good job booking the restaurant, we're hoping that you'd be seated promptly, but it could be anywhere from thirty minutes to an hour if you don't have a reservation. There's usually some availability at the bar in the meantime.

What's the best seat in the restaurant? Table 421, the round table right by the fireplace.

What do you consider to be the busiest night? The nights usually progress, from Thursday to Friday to Saturday. I prefer dining at RivaBella on Sundays and Mondays, when its more low-key. You can get a little more attention on those nights.

What's it like on a very busy night here? We'll do up to two and a half turns, which is about 450 diners. It gets a little wild, but in a good way. It's energetic, service has to be on point. The vibe is great.

Do you usually do more wine or cocktails here? The ratio is about evenly split. It's comparable to steakhouses. People usually start with a martini or a drink at the bar to start, then split a bottle of wine with dinner. And then they might get an after-dinner drink.

What would you say is the concept of RivaBella? It starts with our chef-partner Gino Angelini. He wanted to have it feel like where he's from, Rimini, on the Adriatic Coast. In addition to house-made pastas, people generally get appetizers and their own entrees. 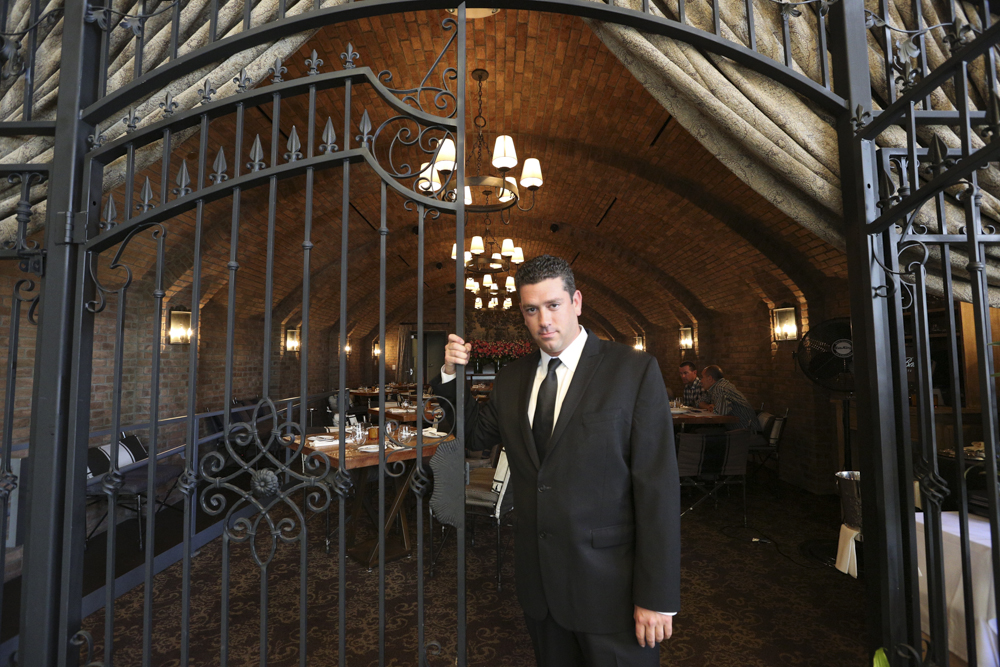 What's your favorite thing on the menu? The eggplant Parmesan. The branzino's incredible as well. You have a filet of white fish, similar to seabass, that's served with sauteed spinach and a really nice sauce of tomato, garlic, olive oil and lemon.

What's it like running two relatively new restaurants at the same time, with Chi-Lin just next door and even sharing the same kitchen? There's a pretty clear divide in the kitchen because each restaurant is using pretty different equipment. But the dock is the same, the employee locker rooms and pantry space is the same. The most challenging thing is running the two in harmony. Chi-Lin is still so new.

Who are the regulars here? Mostly local residents and people from the neighborhood. We have people who come in many times a week. It's the lifeblood of the restaurant and the business as a whole. The response has been tremendous, from the design of the restaurant to Gino's food and the hospitality.

How often is Gino Angelini here? For the past four months, he's been here six days a week. He's 65 years old. Opening this restaurant, he wanted to make sure that the kitchen was producing his food correctly. He'll show the staff how to make some things the right way twenty times if he has to. 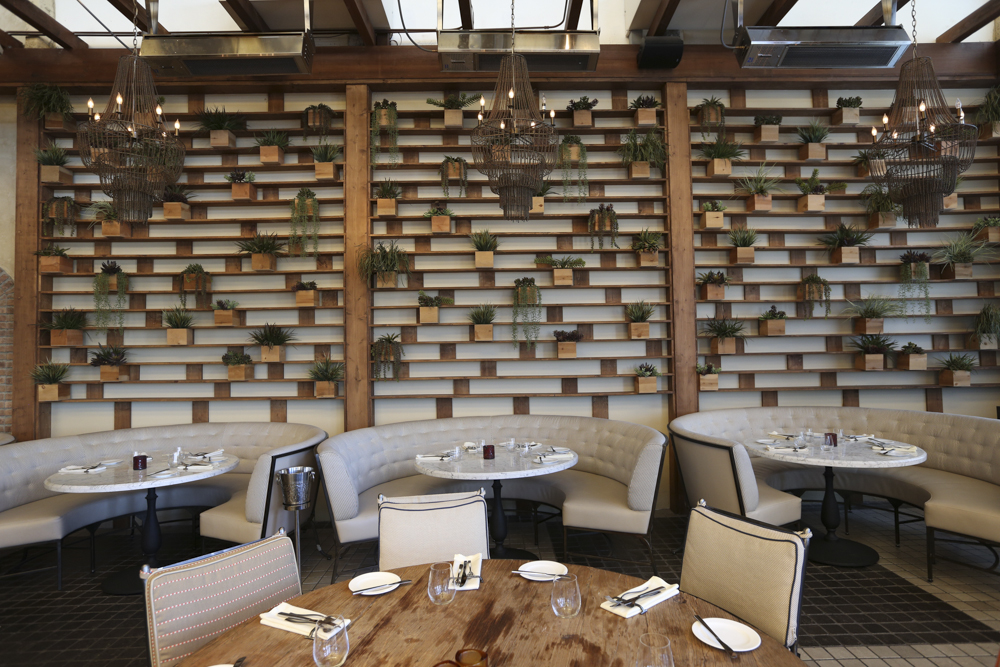 What's the cocktail program like? Aaron Alvarez is the bar manager. It's all fresh juices, fresh ingredients. He has the mind of a bar-chef. We do a lot of cocktails, but we don't want them to take twenty minutes to make. They're good-quality drinks.

How can someone get a table quicker here? A lot of people say they know the owners. I have to decipher if they truly know the owners or if they just got their names from somewhere. But either way we try to take care of everyone here. We go by the reservation system. There are times I see regulars from BOA, which is down the block, so I want to take care of them as much as possible.

What do you do about no-shows? We try to hold tables as long as possible. If people don't show up it kind of sucks. We'll generally fill that table with someone who walks in.

Where else do you like eating around town? The original Sushi Roku on 3rd is a favorite. I also love Gusto. Vic Casanova is my boy.

What's next for IDG? They're working on construction for BOA in Abu Dhabi. The intention of the partners is to open restaurants that have the ability to open in multiple locations. A concept like Sushi Roku has the brand power to do that. BOA has multiple locations. RivaBella is something we'd like to duplicate when the time is right.
·All The Gatekeepers Coverage [~ELA~]