Steve Livigni and Pablo Moix started working together at La Descarga, an instant classic of a cocktail bar by Jonnie and Mark Houston that has become a treasured part of the local nightlife scene. Since then, Livigni/Moix have established Harvard & Stone and Pour Vous, two additional nighttime haunts that followed some of the same principles of La Descarga's success. Now, they're moving on to build their own bars separate from the Houstons, using decades of combined experience to dream up their ideal concepts. Below, Livingi and Moix discuss L.A.'s cocktail history, their issues with the present state of drinking in this city, and the future of local bartending.

How did you guys get in the business? Moix: I moved here from Queens in 2001, working at The Cheesecake Factory. I actually learned a lot there. You learn about their system, they have this huge manual. I made good money and learned a lot of good habits. From there I moved onto SBE and did their nightlife and eventually their restaurants. At the time, bartenders at clubs barely did anything whereas at restaurants, the bar were bombed. I did some time at One Group, working at STKs around the country like NYC and Miami. After that I met Steve and we did La Descarga. Livigni: I started working at restaurants in LA and eventually up in Santa Barbara, where I went to college. I started working at the Four Seasons up there, doing everything from cabana boy to bus boy and eventually the bar back and bartender positions. When I came back to L.A., I started working at the Four Seasons in Beverly Hills. It was great — it was high volume and we served a lot of celebrities, and I made a lot of money. Moix: Bartenders make a lot of money.

How much volume did you do at the Four Seasons? Livingi: We had two bartenders and a bar back, and did $14,000 on a good night. Back then it was a really cool place to hang out in. This was before places like BOA and Soho House. Before those places, people hung out at the Peninsula, Four Seasons, Mastro's, Nic's Martini Lounge, and L'Hermitage. They were the only places where you could get that level of service.

And from there, where did you go Steve? I started working at this place on Sunset and Holloway called Tangerine that did really well in the first year and then sorta fell apart. It had this old school Hollywood, like a Rat Pack-type vibe that I really liked. I learned a lot about different spirits, learned the training and marketing side of the business because I was thrown into the GM position early on. Shortly after I left there I got a call from Cedd Moses, who had just opened this place called The Doheny in Downtown.

How was it at The Doheny? You had four of the best bartenders in the city — Vincenzo Marianella (Copa D' Oro), Eric Alperin (The Varnish), Marcos Tello (1886), and Damian Windsor (Roger Room), who all went on to open great bars around town. The bar itself wasn't that busy — they had a hard time reaching out to people. Moix: Once the rumor started that some memberships had been rejected, which wasn't true, people were reluctant to join. Livigni: It's sad because the build out was amazing, and it was the first bar to have a really serious spirits program. It got a Tales of the Cocktail nomination despite being open for two months. It was better than 99% of the bars out there today. The membership thing was the problem. 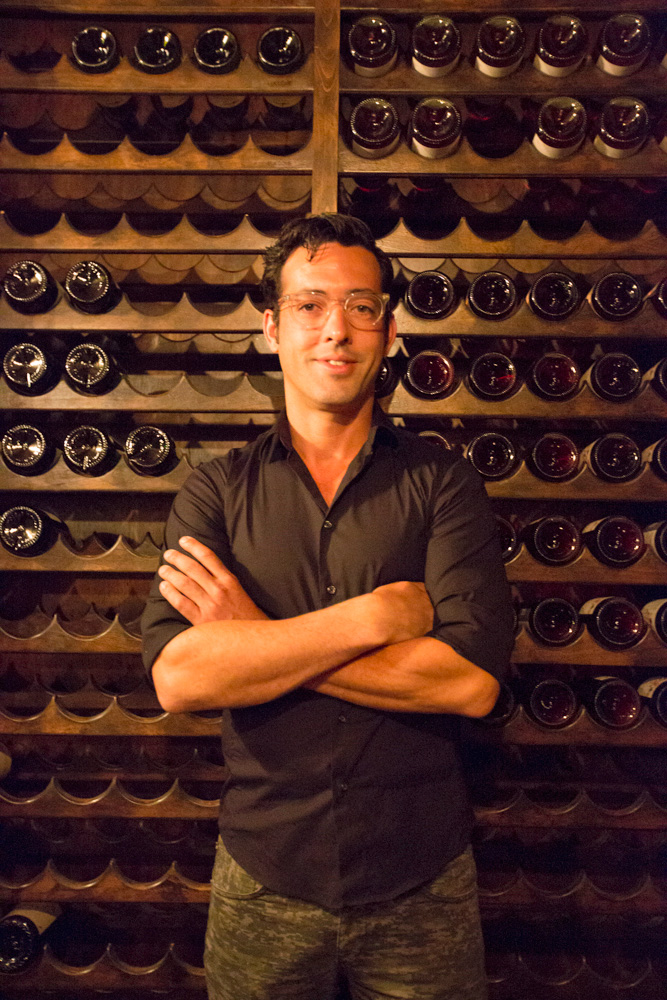 How did La Descarga come together? Moix: At the time I was working as a brand ambassador for Bacardi, so Jonnie and Mark Houston talked to me about doing a rum bar. Livigni: The Houston Brothers had had success with other bars and restaurants around town, like Bar Chloe in Santa Monica, Magnolia Restaurant in Hollywood, and Piano Bar. Their mother had owned the building that houses La Descarga, and it was this run down dive bar called Blacklight. They really wanted to do a rum bar here. Mark had some really good ideas even before the build out, like the staircase entrance and the closet that opened up into the space.

Pablo Moix on how drinks can shape the concept: A beverage program can change the whole venue. The problem with doing a rum bar is that rum's biggest crutch is tiki. Mai tais, and all those tiki drinks really mask it, so it was important not to go there. We wanted to do something in Hemingway's time, something like Havana's La Floridita. We did pre-Castro classic cocktails with a brighter feel, with a lot of stirred cocktails. If we didn't ride this fine line, the venue would have changed.

Steve Livigni on La Descarga's continued success: It's still doing well. Out of the three bars we were involved in with the Houston Brothers, it's the most pronounced concept. We did the reservation thing because we wanted people to just be able to get into the bar, not based on how they looked or who they were. People from all over the country came just to visit and check it out. I think we showed people that you could do a high volume bar with serious cocktails.

Pablo Moix on La Descarga's reservation policy and its other innovative aspects: When I was working at SBE and One Group, it was at the bouncer's discretion as to whether you would get in or not and that drove me crazy. At La Descarga, all you had to do was make a reservation and look presentable at the door. You didn't have to have a certain look. We wanted people to come in and have a nice time. Everyone looked great and had a fun time. We added an entertainment value, with live bands and burlesque. It was like an old-school supper club.

And why did you leave the Houston Brothers' empire? There was nothing bad that happened, we just realized that it was a family business, and we weren't members of that family. Their mother had owned a lot of the bars preceding the current concepts, and the two brothers had their roles — Jonnie was pragmatic and Mark was the creative side. 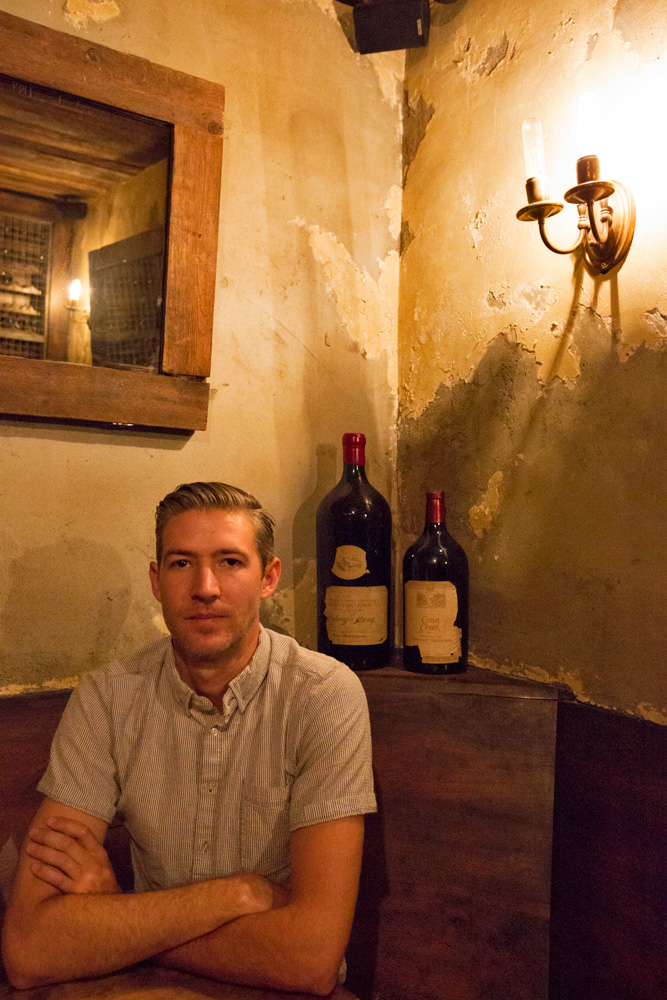 Why did the two of you start working together? Moix: There is no job that we won't do. I've seen Steve clean vomit off the floor on all fours in a full suit. Livigni: We've both been working in restaurants and bars since we were kids. We've done everything in the business. Our approach to dealing with employees, hiring people, and doing a bar is the same.

What does it take to be a good bartender? Livigni: If you show up and have the work ethic. If you have a hunger to work and take pride in what you do. All the other stuff is teachable. Moix: You have to have a great attitude. I love bartending, I love that short or long interaction with customers. You have to love serving people.

What did you guys learn from working on Black Market together? Moix: The Valley is really under serviced. We originally started with a simple speakeasy concept, a bar with just good menu items. Once they signed on Antonia Lofaso, whom I've known for a long time, the menu kept getting bigger. We took it to the best level that we could, with serious beer and cocktail training involved. Livigni: We started thinking the next step with what we're doing. Some of the projects that Jonnie and Mark are doing weren't as interesting and we thought that Sal and Mario with Black Market had a good team: construction, investment, drinks, spirits, operations, and kitchen.

What are your thoughts on the current L.A. cocktail scene? Livingi: I think it's a great movement. There are a lot of people passionate about cocktails. I think what L.A. needs is more seasoned bartenders that settle into their jobs. When I started bartending, you weren't a valuable bartender unless you could bring your own crowd. That's disappeared now, people don't know how to hunker down and build a clientele. Moix: It's the most competitive market. There are more cocktail bars that open here per year than any other market. There are too many cocktail bars and not enough qualified bartenders.

What do you think about the price of cocktails right now? Livigni: The tide has risen, but that doesn't mean every cocktail has to be $16. Even $12, not all of them should cost $12. I hate paying $16 for a B.S. cocktail, I hate it as much as anyone. Consumers will eventually sort that problem out, if a place charges a lot for cocktails that aren't very good, people won't go. Cocktails are very reactionary. If someone charges $11 for a kale salad, and $16 for another kale salad, that might be okay. But, if it's a $16 and its not awesome then people have an issue.

What's going to happen at Old Lightning that isn't already known? Livigni: There will be some $9 cocktails on the menu, that aren't from a tap. The spirits list will be the first one to read like a wine list at a Michelin-starred restaurant. Moix: We've been working on this list for a long time. We'll have the best sipping spirits anywhere. We're really just interested in sharing some good booze.

Why did you decide to open Old Lightning on the Westside? Moix: There's really no other place to put this bar. It's the perfect place. I live here right now and other than the Tasting Kitchen that follows through every night of the week until 2 a.m. For example, Townhouse is great on a Monday, and then it's like a frat party on Thursdays. Livigni: We've been hearing it for years: 'When are you coming to the Westside?' Well, we're here now. It'll be nice to see new faces, we're really excited about it.
·All Old Lightning Coverage [~ELA~]