Share All sharing options for: Ted Delgado of Teddy's Cafe and Rae's Restaurant

Ted Delgado started out washing dishes at Rae's Restaurant, a classic Santa Monica coffee shop, in 1967. He was the first from his family to emigrate to the U.S. from Jalisco, Mexico. Working his way up the kitchen, he eventually saved enough money to buy a small restaurant in Santa Monica called Ned's Coffee Shop in 1982. He closed it in 1988, but not before buying the place where current Westside favorite Teddy's Cafe now stands. And then, in 1992, he went back to buy Rae's itself. Now Ted has left the busy kitchens of his restaurants and stands everyday serving the front counter at his humble, eponymous diner, where regulars perch up to read the newspaper, sip coffee, and munch on biscuits and gravy. Eater goes through a typical day with Delgado, the owner and operator of two Westside greasy spoons. 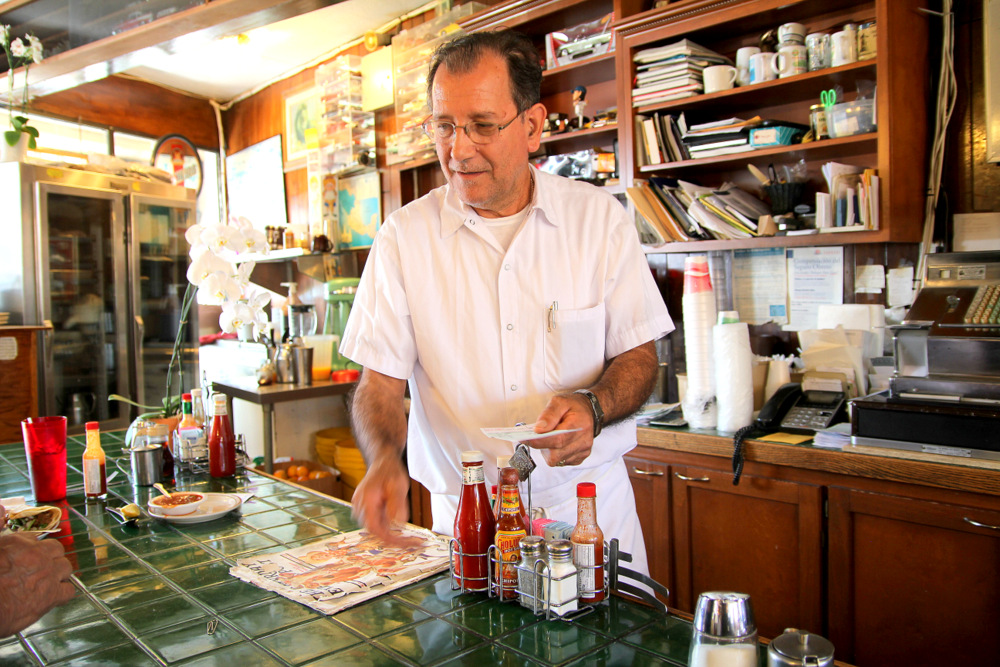 5 a.m.: Wake up at quarter to five, though two times a week, I'll get up at four in the morning to go to the Downtown produce market to get ingredients for the restaurants.

6:00 a.m.: The first thing I do when I get to Teddy's is check all the temperatures of the refrigeration. I always make sure that all the equipment is working properly.

6:15 a.m.: I check all the inventory and make sure we have all the dairy, meat, and other ingredients. If we're short of anything I'll make sure to order it from our vendors. We've already started serving some customers because we open at 5:30 a.m. at Teddy's.

6:30 a.m.: It starts getting busy. There are many people that come in everyday for breakfast. We have a very steady clientele.

8:00 a.m.: We're still serving the breakfast customers. I used to work in the kitchens at my restaurants, but six years ago I started working at the front. Every once in a while I'll step back and help out in the kitchen if it gets busy. My favorite things I still like to make in the kitchen is all the sauces, like the gravy for our biscuits, and the soups.

11 a.m.: There's a group of six people who sit at the table just near the entrance every day. They come in the late morning every single day, except on Sundays, when they come after church with even more people, up to twenty.

11 a.m. - 3 p.m.: I don't move from the counter until three in the afternoon, serving people through lunch.

3 p.m.: At this point, I might order more ingredients and supplies from our vendor. Once a week, I'll head over to Restaurant Depot to get things.

4:30 p.m.: I head home for a little bit to relax. I don't have a TV so I'll just rest for a while, maybe work on my antique cars, which is the only hobby I enjoy. I have a red-orange 1957 Chevy Bel Air that's my favorite. I'll drive it into work sometimes unless I have to drive my pickup truck to haul things.

5:30 - 9 p.m.: I'll come back to Teddy's and work here until dinner service starts slowing down. Teddy's closes at 10 but I usually go home early. I like to bring dinner home to my wife. I like meat, so my favorite things to take home are steaks, chicken, or Mexican dishes. Sometimes pasta. 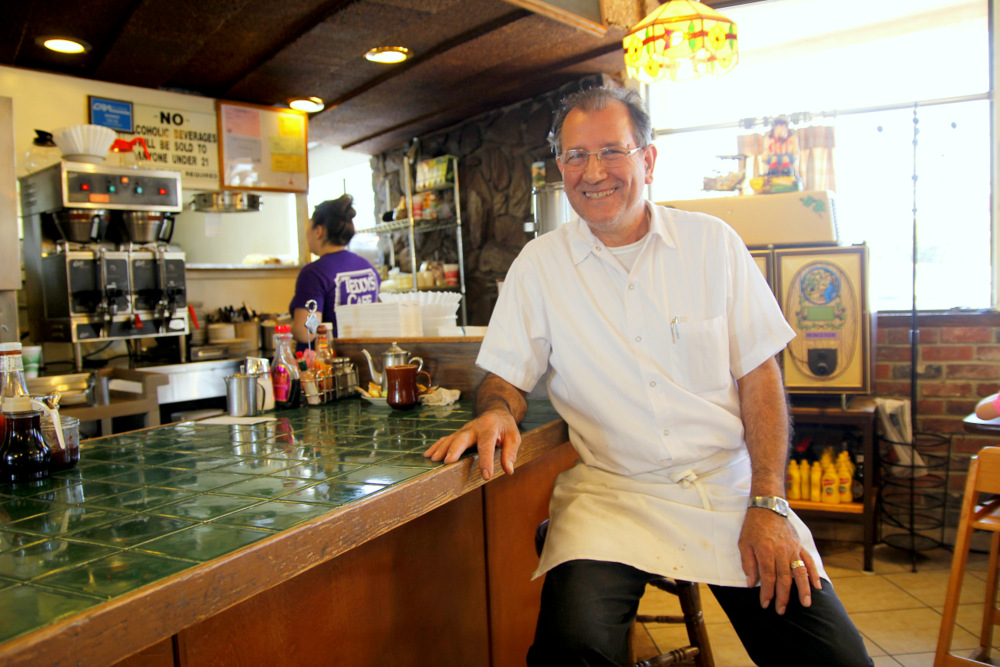 At 66 years old, Delgado doesn't have any plans to retire, though he sometimes misses the action of the kitchen. He doesn't plan to change anything about his restaurants. He owns the building and the land at Teddy's, which ensures stability. Over at the end of the counter is a gentleman named Chuck, a fellow that's been frequenting the place for years. He's been in LA since the 1930s and remembers when the entire Westside was fields and farmland. It's very different now, traffic laden and completely developed. But Teddy's still stands, and will continue on, hopefully, for decades to come.