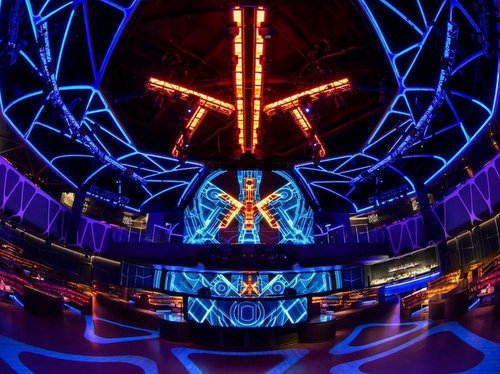 MGM GRAND— Eater Vegas goes through three levels of Hakkasan's massive club, including a snap of the cocktail lounge, Ling Ling Lounge. In all there's plenty of pretty lights and fancy schmany tables. In all, not a bad place to party. There's also terrific photos of the dining rooms.

CAESAR'S PALACE— Gordon Ramsay Pub & Grill has a new head chef (which is lower than executive chef) in Ja'Nel Witt, winner of the latest season of Hell's Kitchen. Seh

THE COSMOPOLITAN— The Chelsea Social Club will be filling in nearly 20,000 square feet inside the Cosmo, giving revelers something other than Marquee to party in. It's looking at a late 2013 debut.
·All Sin City Wrap [~ELA~]