The plywood for Meizhou Dongpo (not exactly an easy name to pronounce) has been hiding the construction activity at the former Brazilian spot Ummba Grill near the dining deck. The popular chain of Sichuanese cuisine originating in Beijing plans to have a pretty flashy facade of studded lights and gold embellishments, while the menu should reflect moderately priced dishes like sliced fish in hot chili oil, dan dan noodles, and plenty of veggie dishes. 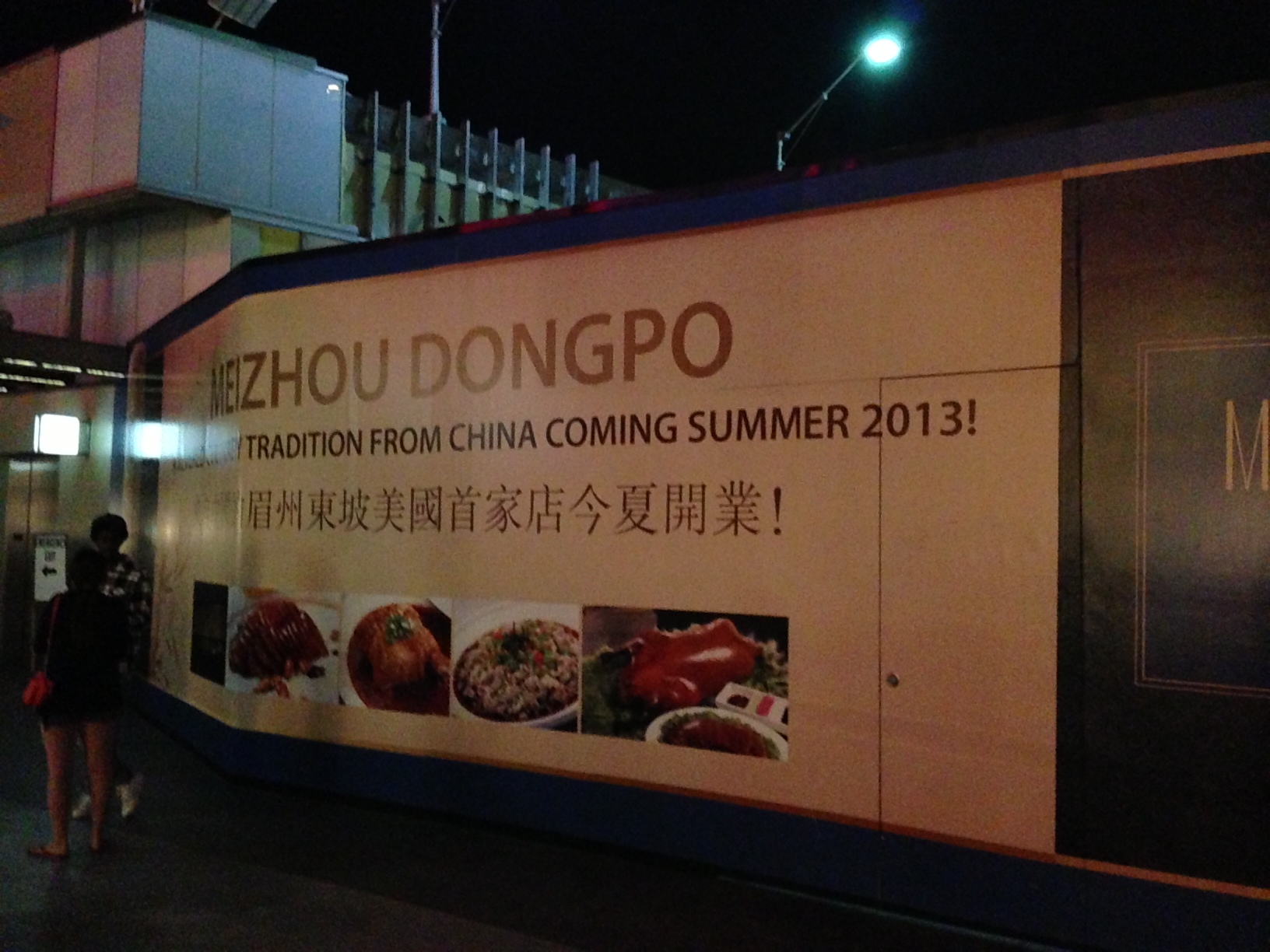 It's not certain if the place will be super authentic (which would be a massive boon for the Westside), or something that caters more to the Mr. Chow-esque crowd that's likely to emerge from the offices nearby. And then there's also Hakkasan opening in Beverly Hills that'll serve high-end Asian fare. The ply promises an opening some time in Summer 2013, though an exact date remains to be seen. [Eaterwire] 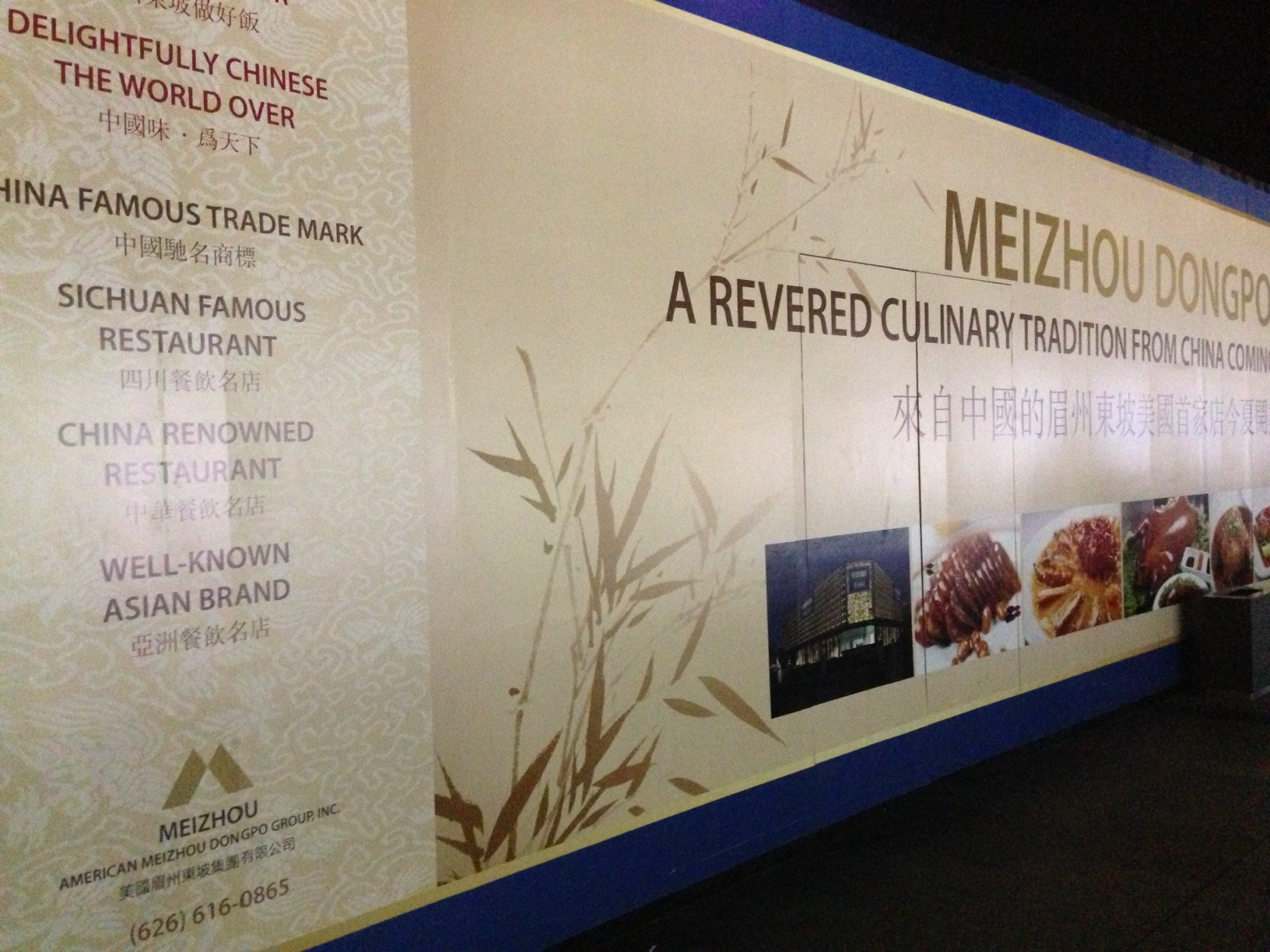