Share All sharing options for: Todd Jerry on The Corner Door's First Year 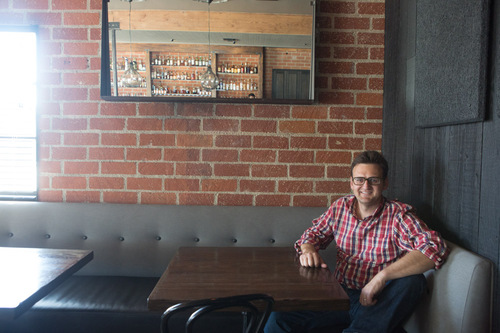 Todd Jerry and co-owner Anthony Falati opened The Corner Door last June to an eager Culver City crowd, one that had already seen the arrival of A-Frame and Waterloo & City nearby. Still, the friendly, approachable gastropub was a much needed departure from the other two concepts, giving locals a cocktail-centric spot with great food, which was originally produced by chef Luke Reyes (The Tasting Kitchen). Since then, a few things have changed, such as the addition of new chef Kyle Schutte, but even more has stayed the same. It's all part of a winning formula that's made The Corner Door one of the most underrated tables in the city, thanks in part to a fantastic drink program put together by bartender Beau du Bois. Here now, Jerry discusses The Corner Door's first year, its successes, struggles, and hopes for the coming years. 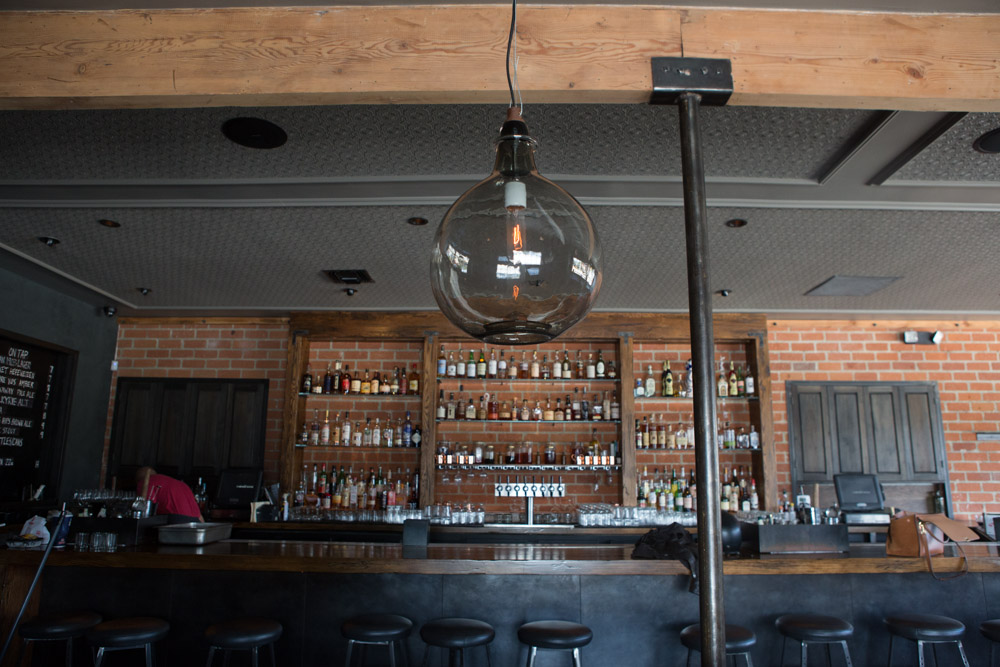 How did you find this space? We were introduced to the space and saw that it was worth converting based on its potential. We're both familiar with the neighborhood. Both Anthony and I are educated as engineers. We both have other things on the side; I'm the COO of an architecture firm. We used our own money as well as some investment from friends and family.

What was the build out like? This was previously a mortgage office space. It was an intensive build out, all from scratch. All new plumbing, kitchen, bar, infrastructure. It went relatively smoothly because the space had good bones. Brick walls, high ceilings, good molding, and a good template.

What kind of design were you looking for? The room had to be comfortable for guests and we felt like it had the right energy. My architecture firm helped out with the design and build out. We used a lot of natural materials to make it feel like something that's been here for a while. It's straightforward and classic.

What was the initial concept? It's been pretty steady since day one. A neighborhood restaurant and bar with really good drinks, really great quality food in a comfortable neighborhood setting. We think we've maintained that the whole time, high quality but approachable, with good ingredients.

What was the opening like? It was very busy and well received by customers. We opened on a Friday night and had people waiting out the door.

What changes did you make in the first month or so? Not a lot, but we learned a little about how the service worked. We corrected the noise issue. We spent more on noise reduction everywhere, softening surfaces, changing angles. It was a unique engineering problem that you don't realize until the room is full. You start trying thing, adding absorbent materials all without killing the aesthetic.

What were some of the early comments from locals? We knew many of the people here. We were surprised to see how many people really are in this neighborhood, so we had a really good reception from the immediate community. A lot of neighborhoods don't always want a new place like this to open, especially with alcohol.

How busy was it early on? We get multiple turns a night. With less than 50 seats, we don't have a kitchen that's supposed to deal with five turns. It was a huge strain on a small kitchen. We only have 25 seats on low counter tops.

What changed about six months in? We didn't have reservations initially and some people were upset by that. After we figured out seating a little better we started taking reservations. I also think we started to up the quality of everything, the food and drinks. The original concept had to handle a lot of volume, but I think we've figured out how to elevate the food and advance the dishes.

What have you liked about the drink program that Beau du Bois has put together? We recognized that gastropubs all had the same formula: a burger and a beer. We wanted to do something different and better. Here you get an experience that's superior, with a cocktail that's handmade. From the start, Beau was really approachable and catered to the crowd, with a sort of intro to cocktails that were divided into shaken and stirred menus. After customers started to learn, we started offering more complex stirred cocktails.

What's really good on the menu? The brussels sprouts are the most popular. It's a vegetable that people generally don't like but we've done it in a way that's approachable and likeable with a complex flavor. The burger is something we've elevated, with meat ground in house, a cranberry onion jam, and bone marrow mayo. The roast chicken is also underrated.

Have you gotten many critics to come in? We feel like we're worthy of being recognized, but you can't make them come in. By doing good food and drink, we think they'll make it here eventually.

Would you ever open another restaurant? I don't want to do anything at the expense of this place, but we have our eyes open. We want to find a neighborhood that fits with what we're doing. Every neighborhood needs a place like this. In the right neighborhood at the right time.
·All One Year In Coverage [~ELA~]