Share All sharing options for: Julian Cox and Josh Goldman of Acabar 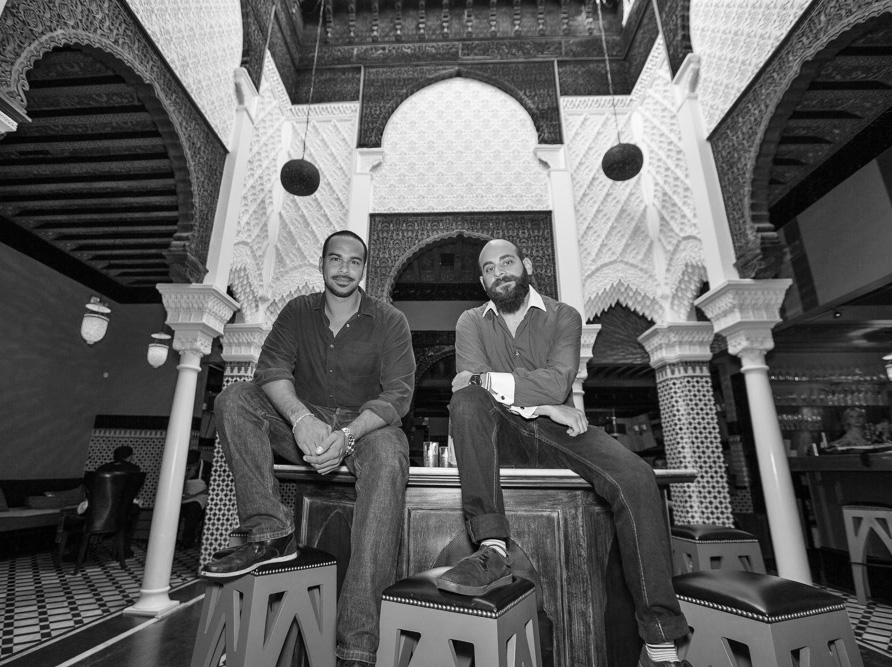 Julian Cox and Josh Goldman are seasoned bartenders who recently partnered up to created Soigne Group, a bar and restaurant consulting company. Cox got his start at Comme Ca, then moved on to transform Rivera's bar program into one of the city's best (nominated for James Beard Outstanding Bar Program for the last two years), making such iconic drinks as the Barbacoa and Donaji, the latter of which is laced with cricket salt. Goldman spent years as one of the city's top sommeliers, acting as GM and Beverage Director for ink. with Michael Voltaggio before delving back into the world of cocktails. Together, Cox and Goldman have worked on the drink menus at Picca, Sotto, Circa, and most recently at Acabar, the stunning new Moroccan-styled restaurant that was once Dar Maghreb. Here now, Eater sits down with Cox and Goldman about the L.A. cocktail scene and their approach to the decidedly non-innovative drink menu at Acabar. 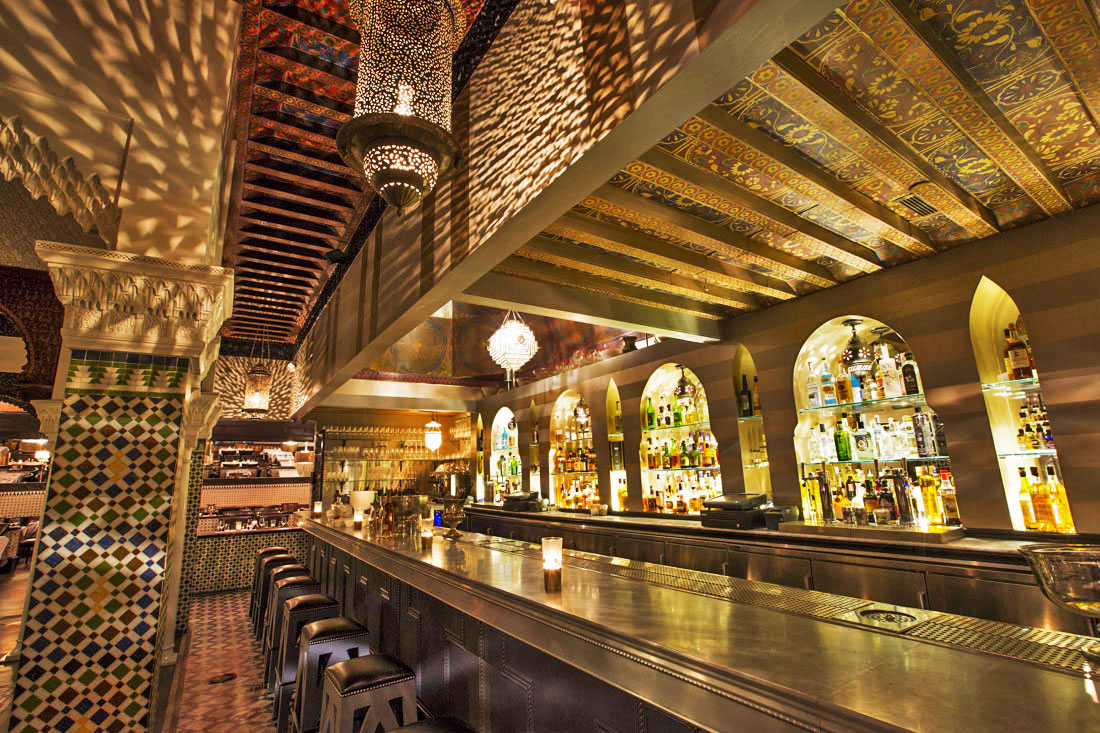 What was the build out like here at Acabar? Cox: It took almost a year to take over and transform it. It closed about seven to eight years ago and was used a special events space in the 1970s. It was very Moroccan, with pillows on the floor, eating with hands. It was kitschy and fun.

What was your approach with the cocktails? It seems like you wanted to do something that wasn't innovative at all. Is that because you have to always create unique menus? Goldman: We do a lot of menus. Because we make new menus all the time, we realized that forced creativity sucks. We're craft cocktail bartenders that love history. I got my B.A. in History from UCLA. It was great being able to dig in and rediscover old classics. Cox: History tells you that roasted duck is going to be delicious. Old cocktails are going to be delicious. We create every single cocktail, say where it came from, and who the creator was. It's historical, it's fun reading through the menu and tasting through it.

How did you come about determining the recipes? Goldman: The old books have ratios that are not exactly balanced. They do things in parts instead of measurements. We can't taste what Jerry Thomas made. We have to assume what it tastes like from what we read. We combine what cocktail historians say with our own experience, and we do the best that we can to present a balanced, tasty cocktail.

What's your go-to drink here? Goldman: The Sherry Cobbler. Also the Creole and the Zombie. We also have the Chartreuse Swizzle on tap. Cox: The Zombie is the original 1934 version. If you look through history, there's one from the 1950's. This cocktail uses Donn's Mix and was a secret for a long time.

And you say on the menu that you can only order a limit of two Zombies? Cox: It's an extremely large amount of alcohol. It's about 3.5 ounces of booze. With crushed ice, it's easy to suck them down and it can get out of control really quickly.

Has anyone ever tried to order a third Zombie? A big guy did last week and his wife had to drive him home.

Why do you guys like doing cocktails on tap? Cox: It's just a great technique. The drinks come out quicker. For the Zombie we use three different kinds of rum, sweeteners, lime, garnish. If you make that all from the start that's five minutes. On tap, it's the same drink, but the nitrogen helps to homogenize it.

You guys seem to use a lot of advanced methods for making drinks. What's been the reaction to that? Goldman: The thing is, you have to know Escoffier before you do [Ferran] Adria. There's a tendency for young chefs to be flashy before learning the techniques. If you can't do it better than the original, why do it? We shouldn't subject the public to experiments. That stuff doesn't fit on the menu here. We really love this stuff, the history of it, and we want to share these recipes.

What are you working on next here at Acabar in terms of the drinks? Pretty soon we're going to be working on a new section called "The Dark Ages." It's going to be pretty funny. 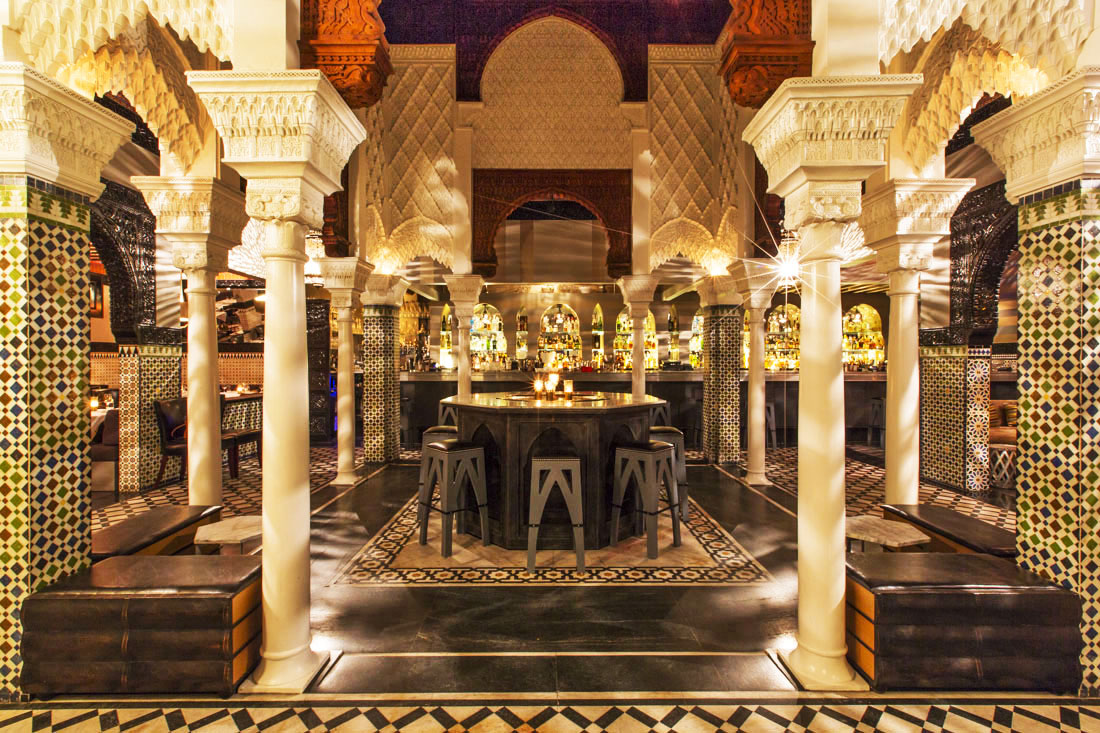 What's the initial reaction been to Acabar? Cox: People tend to use the word "sexy" a lot. At night, there's something in the air. Everything's candlelit, there's a beautiful dining room, you can sit in a more formal dining area or you could sit in the beautiful lounge where it's even more relaxed. Goldman: It's pretty great when we see a typical Hollywood person react to the classics. When they enjoy the sherry cobbler, it puts a big smile on me.

I hear you guys are working on your own place. What's your dream place going to be like? And where's it going to be? Cox: You'll see next year. It will be in Los Angeles. We're still shopping around for the location. We want to find a place where rent is next to nothing. The right licenses, the right community, CUP (conditional use permit), in an up-and-coming area.

How do you feel about the L.A. cocktail scene? Goldman: This is just the beginning. Cox: It's better than ever. Goldman: Bars are recession-proof.
·All The Barkeepers Coverage [~ELA~]