Share All sharing options for: Tal Ronnen of Crossroads 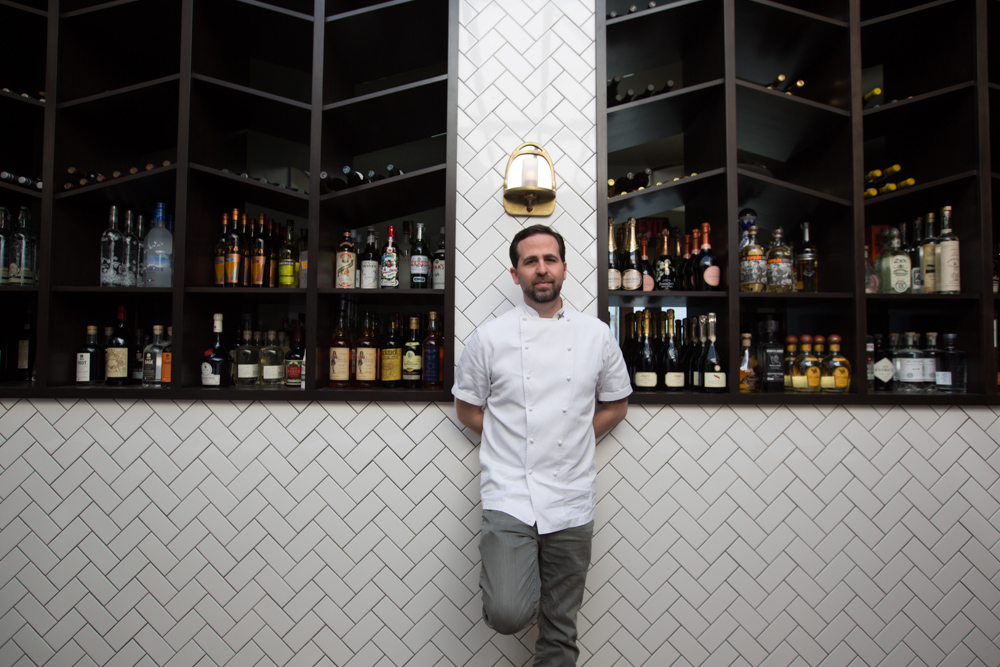 Tal Ronnen opened Crossroads in the former Philippe space about a year ago, introducing Angelenos to a new kind of plant-based cuisine. Instead of sprouts and tempeh, Ronnen plates elegant pastas, refined vegetable preparations straight out of the annuls of New American cuisine, and plenty of other dishes that would make even the most hardcore omnivore submit. Since then, other elevated plant-based restaurants have opened around town, but Ronnen remains one of the leading practitioners of healthier, more conscious eating in the city. Here now, Eater sits down with Ronnen to discuss how easy it was to introduce plant-based cooking to diners, and what kind of tweaks he will continue to make at this Melrose eatery.

What was it like taking over the old Philippe space? The place hadn't been used for quite some time. There was a lot of black in the place, so we stripped it all out and rebuilt it. We wanted the look to be like a restaurant in New York's Upper West Side. We wanted it to be cozy, but not with the traditional lime green colors you'd see in a vegan restaurant. It only took about three and a half months to finish the construction.

What was the first month like, and did you make any adjustments? You know what it's like, the staff is getting to know each other, you're getting to know your customers. We were putting out great meals in an experience that hadn't been done before. This was plant-based food that had a theme, which is Mediterranean. Instead of things like miso soup and nachos on the same menu, we had a small plates concept instead of tofu and tempeh. We were the first plant-based restaurant to have a full bar with a seasonal cocktail program. We cross-utilized ingredients at the bar from the kitchen. We also installed a really dynamic wine program with some affordable, and some reserve bottles.

What about six months into opening? We brought in some more well known names to the wine list, introduced local beer like Golden Road. We also opened for lunch and designated a part of the restaurant just for lunch. The back room has a very European wine and cheese shop feel. We had previously used the space for spillover.

Was L.A. ready for this kind of restaurant? I think it was ready. Every other major city in the US has some kind of vegan fine dining, so I was surprised that while L.A. had so many great vegan restaurants, it didn't have one with a full bar and this kind of atmosphere. This is the kind of place to have a night out on the town.

You've received a lot of critical reception. What was that like? It was amazing, to receive three-stars from Patric Kuh, a James-Beard award winning writer. A three out of four in LA Magazine is really great, very complimentary. And we were blown away to take number four in the Ten Best for last year in LA Magazine. There were so many great non-vegan restaurants opening last year.

What are your favorite things to eat on the menu? It changes all the time because it's produce-driven. Right now we have a dish with toasted buckwheat, oven-roasted fennel, cipollinis, and clementines, finished with beurre blanc that's based on a plant-based butter and cashew cream. Another essential dish is the tortellini filled with almond ricotta. It's served with spinach cream sauce and a fresh frisee salad. People enjoy that.

What is the clientele like? I would say 90 percent of our guests aren't even vegetarian or vegan. We're not making any political statement, just offering good food and solid service. Our GM is a Danny Meyer guy, who also worked at Tavern for a long time. We try to get as many New Yorkers working here as possible because they know what buttoned up service is. 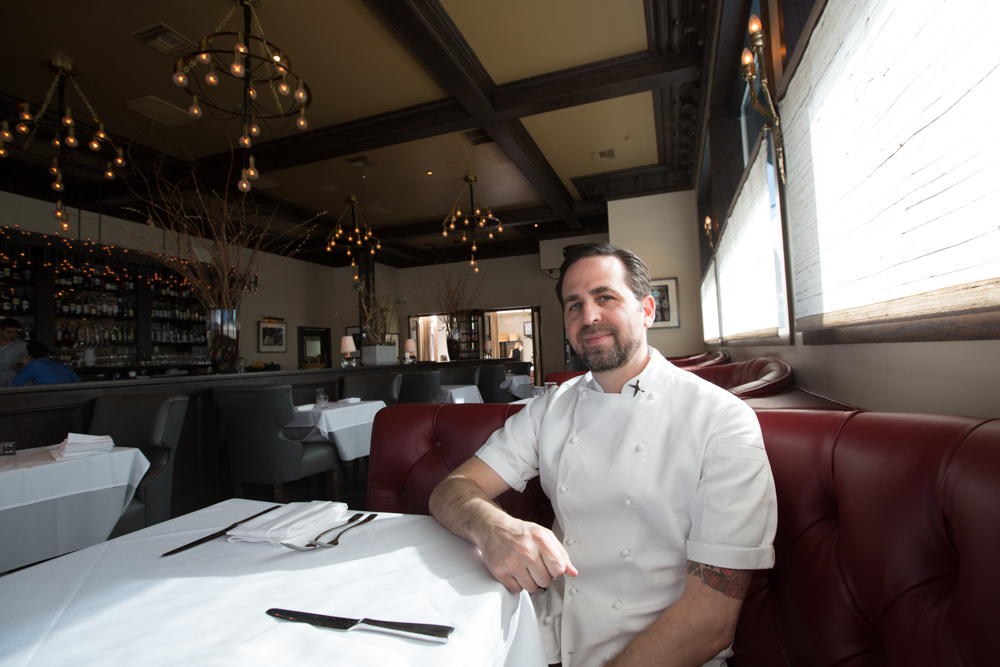 How does using mainly produce affect the cost structure at a restaurant like this? It's definitely lower when it comes to ratios, but when you use organic produce, it jumps back up. When you add in the additional labor of making cream, it jumps back up. If you want to add cream to something, you can't just open up a container. We have to make that cream. We roll every shape in the pasta program.

Has it felt like a year? Sometimes it feels longer than a year, and sometimes I can't believe it's been a year.

How do you feel about plant-based cooking hitting other parts of the city? I've known Matthew Kenney at M.A.K.E. for years. He was one of the best chefs in New York, and we've been friends for years. I really like Gracias Madre, they have a theme just like us. They do Mexican food that happens to be plant-based. It's a beautiful restaurant with beautifully plated food. But there are other restaurants that do vegan like Mohawk Bend, and even ethnic restaurants where plant-based foods are inherent. I like to go to Viet Noodle Bar, they have great vegan dishes.

It was a big splash in the news when Jay-Z and Beyonce decided to go vegan for thirty days. Did they stop by? Yes it was great. They came three days in a row. We gave them a sampling of everything. We've been really lucky to have high profile names, but at the end of the day, it's about winning over locals and regular guests. We have people that dine here three days a week, I've never seen that before, it just blows me away.

What are the challenges you face for the second year? We want to run a lot smoother, and really button up service. We have a great front-of-house staff, and I can't believe how many people are still working here.
· All One Year In Coverage [~ELA~]