Share All sharing options for: Adam Fleischman on Five Years of Umami Burger

Welcome to Five Years In, a feature in which Eater sits down for a chat with the chefs and owners of restaurants celebrating their five year anniversary. 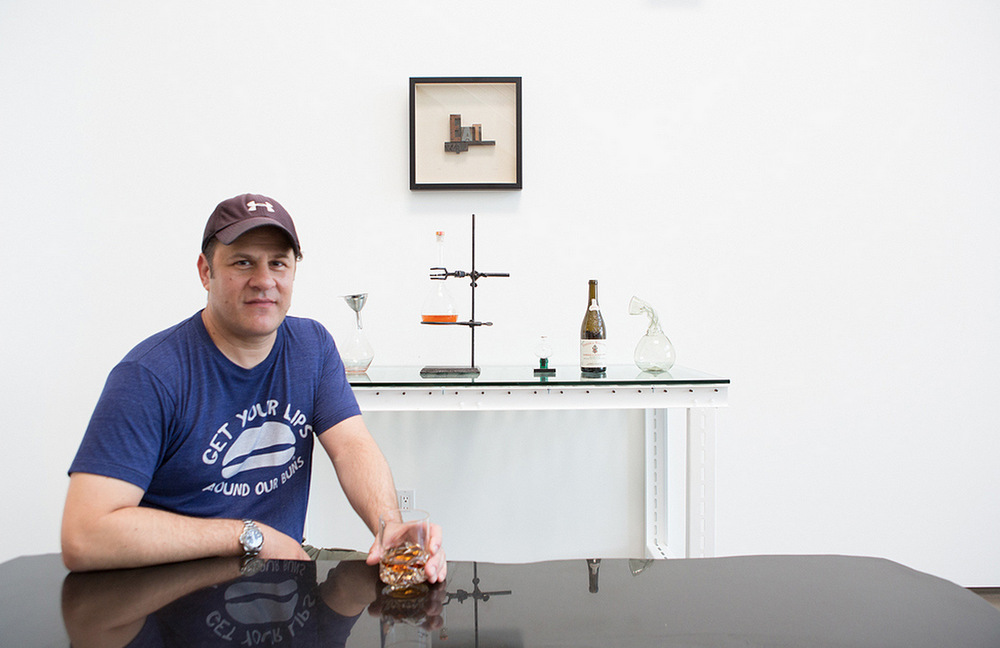 Adam Fleischman started his fledgling location of Umami Burger about five years ago on a rather humble stretch of La Brea Avenue just south of Wilshire. Since then, the burger chain has grown to numerous outlets across L.A., into Orange County and San Francisco, and most recently in New York. Soon, Umami will descend upon the SLS Resort in Vegas. Here now, Fleischman talks to Eater about the evolution of dining since the throes of the last Great Depression, and how the burger world has changed since.

What was it like opening a restaurant in 2009? Things were starting to change. The current brands out there were feeling tired and the economy was going downhill. People were looking for new, affordable options for food. It was exciting to open at that time, but I was also nervous. It seemed like a time to reinvent. I started out with $40,000 in a space that was, ironically, a failed Korean taco joint.

And the first month? What was that like? It was slow and nerve-wracking. People drove by and didn't know what we were doing. La Brea was kind of dead at the time. But people that did come in were excited. Nancy Silverton came in and she liked it. Phil Rosenthal, who's now my partner, was really excited and saw glimmers of hope with the concept.

What changed in the first year? We took off certain burgers. We were always experimenting with things that would accompany the burgers. We added milkshakes. But the core menu of the original umami burger, the Hatch burger, truffle burger, and such were established.

Did you think it was going to grow like this? It was always designed to be a global brand. I never wanted to do just one. The idea was take over the burger world as we know it. As soon as the first one got busy, we opened another one after a few months.

What were sales like after that first year? We had four stores, and altogether they were grossing $1 million a month.

How did you convince people to buy into the idea of gourmet burgers? We just did our thing. We hoped people would come, we hoped they'd be excited about something different. Los Feliz, which was our second location, was a big step forward because the space was so big. But it had a bar that really resonated with that neighborhood.

Why did you decide to give each different location its own design? We took a look at each neighborhood's character. Pasadena is neat and clean, hence the look there. There's a lot of retail, so it has a retail look. The one in New York definitely has a Greenwich Village feel to it. We wanted each of them to feel different, and to have its own unique burger. Other brands are the same everywhere you go.

What's your favorite burger? I personally like the Vintage Burger. It's a smash burger that we don't do anymore, but we're going to bring it back. It's inspired by the McDonald's cheeseburger. It reminds me of something I grew up with, but tastier. We like to glamorize our food memories, but the stuff today is better. Things improve over time. Memory is nice, but we can make a better tasting burger.

You seem to have a lot of critics, how do you feel about that? The critics are fine. I think it just happens when someone is successful. It could also be anonymous commenters who used to work with us that might have had a bad experience. But the fact that they're anonymous tells you something.

It seemed like a big deal when you partnered up with SBE. Why did you do that? We were looking for a partner in the restaurant world. It was a nice integration, and we leveraged a lot of their expertise. They provide operational infrastructure.

Do you feel like the growth of Umami Burger right now is stagnant? It's not stagnant. This concept has a lot of growth possibilities overseas and in places like Chicago and Philly. We're focused on those markets. The burger world is saturated, but our New York store is number one in sales. I would say stable growth, and we'd like to do about 10 a year.

Do you care about glory, or being in the spotlight? I like being in the background, but I do a lot of press. A lot of people have heard about me. Being in the food business used to be an embarrassment, but now it's hugely important. Food culture has changed, and I think notoriety isn't just for people at the top anymore, like Thomas Keller or Daniel Boulud. It's trickling down to people who are in the affordable spectrum, and I think that's good.

Are you ever going to stop? I'll keep doing this for a while, maybe another five years at the most, and then possibly work in a different field. I'm interested in writing. I'd also like to advise people on business issues.
·All Umami Burger Coverage [~ELA~]