Share All sharing options for: Cary Mosier of Gracias Madre 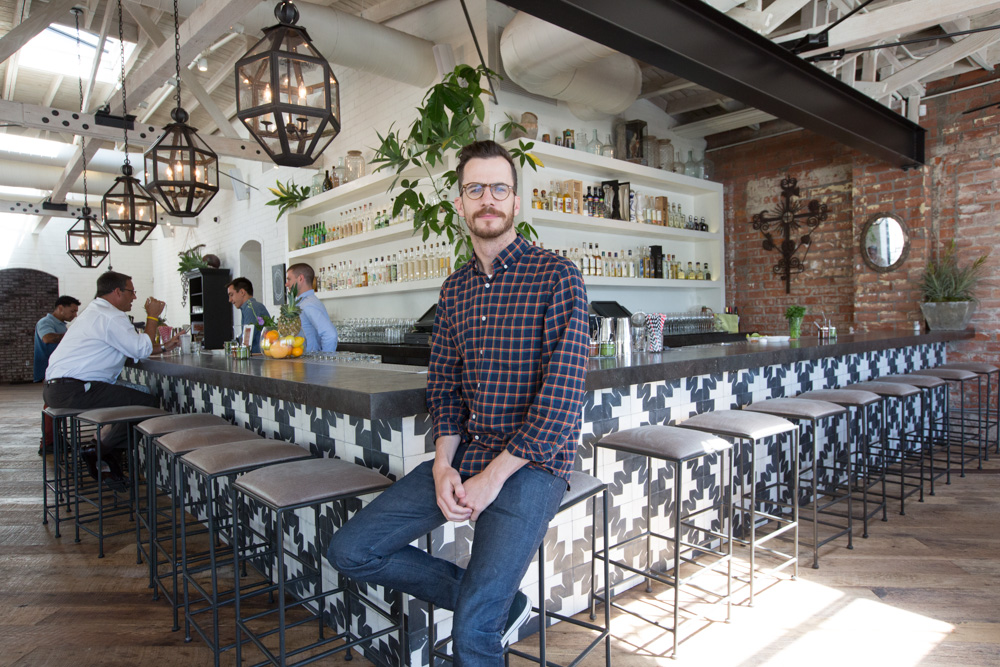 Cary Mosier and Ryland Engelhart opened up the West Hollywood outlet of San Francisco's Gracias Madre in January along with Lisa Bonbright and chef Chandra Gilbert. The Mexican vegan concept became an instant hit in a part of town that's still relatively underserved by casual eateries, especially ones with good cocktails. As GM, Mosier runs the front of the house, ensuring that everyone from avid vegan diners to celebrities get seated in an orderly fashion. Here now, Mosier chats with Eater about how to best nab a table on the gorgeous patio or find a comfy banquette inside the Spanish-inspired dining room.

How's it been going here since you opened a few months ago? It's been great, we're busy, we're having fun. Opening a restaurant's always fun. It's hard once you get through it, but you to get be part of an expanded community. I first opened Gracias Madre in 2004 with my brother, and we had been running Cafe Gratitude before that.

Say it's 8 p.m. on a Saturday night and I've got a table for four. How long's the wait? If you have a reservation, right away. But if not, probably half an hour, or forty five minutes. The longest anyone has waited is probably an hour.

Do you feel like it's difficult to get a table? Three-fourths of the restaurant is the patio. We only reserve the inside, which fills up all the time. It's different than Cafe Gratitude, which is more casual. It's a little nicer here aesthetically so people come in through the night.

What would you say is your most essential Gatekeeper tool? Just listening to people. You want to consider their circumstances and perspective. It's easy to wrapped up in managing the details of the restaurant, but people mostly want to feel like they're heard. The best thing you can do is listen, and sympathize. 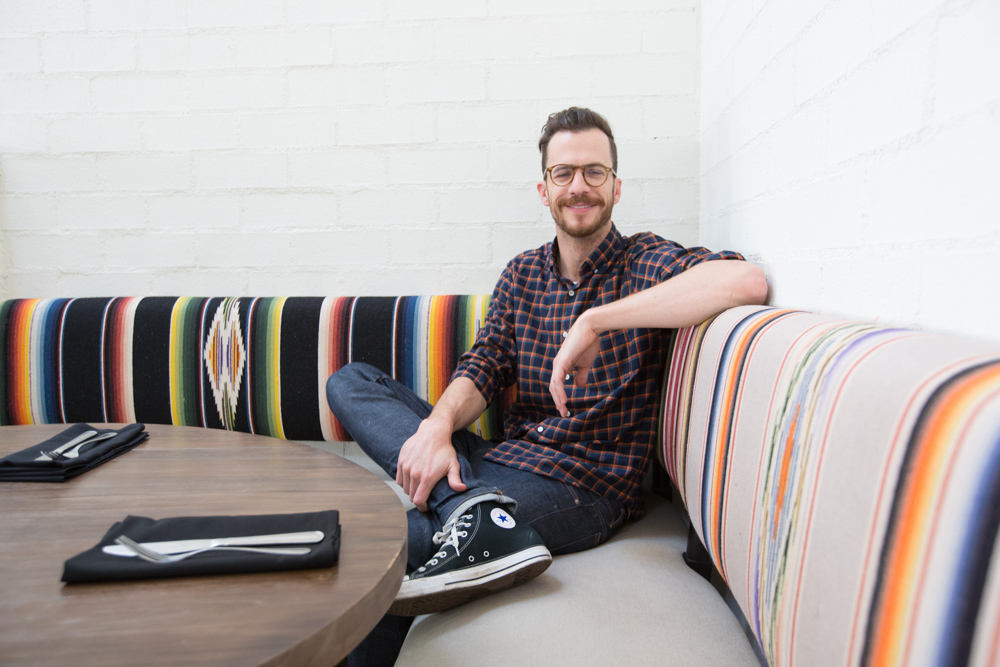 Was it easy bringing this plant-based concept to West Hollywood from San Francisco? The menu is about 80% similar. But up there, we only have beer and wine. Up there, it's in the Mission District so it's a little rough around the edges. Here we have 250 seats, and it's mostly night business. The tequila and mezcal aspect really changes the whole environment.

What percentage of people would you say really care about the menu being all vegan? Most of the time, it's the girlfriends and wives that are the instigators, dragging in the guys. They say they want to eat healthy once or twice a week. But I would say only half of people coming in know it's vegan, which is low. Most people aren't vegans or vegetarians, which is great for us. I'm thrilled that we're attracting normal WeHo, Hollywood-types, and also carnivores.

You're in a neighborhood with a lot of big time Hollywood restaurants like Craig's and Cecconi's. How has that affected how you run the restaurant? It was a surprise for me. I was a little naive in opening this restaurant. I was so used to Cafe Gratitude, which is more communal, fun, and casual. The environment's very tongue-in-cheek with the whole affirmations. It's a whole different schtick that you either love or hate. I didn't realize in building a more refined restaurant, with a full bar and nicer aesthetic, that people were going to have different expectations. So we kind of have to adjust. For example, I wasn't used to how many people wanted to make reservations. We were massively overbooked at first, so there was a learning curve. I wasn't used to people calling in all day trying to get a reservation.

What about name-dropping? Do people use that to try and get a table quicker? It happens all the time. People have this feeling that it works. I don't want to keep feeding that perception. I try to treat everyone the same, but some people do require more attention than others. It's not based on what they do for a living or who they are. We just want to make people feel comfortable. We have assistants of executives calling in saying 'you don't understand how important this person is.' But I think they just have a higher degree of expectations around service. They want things to roll a certain way. 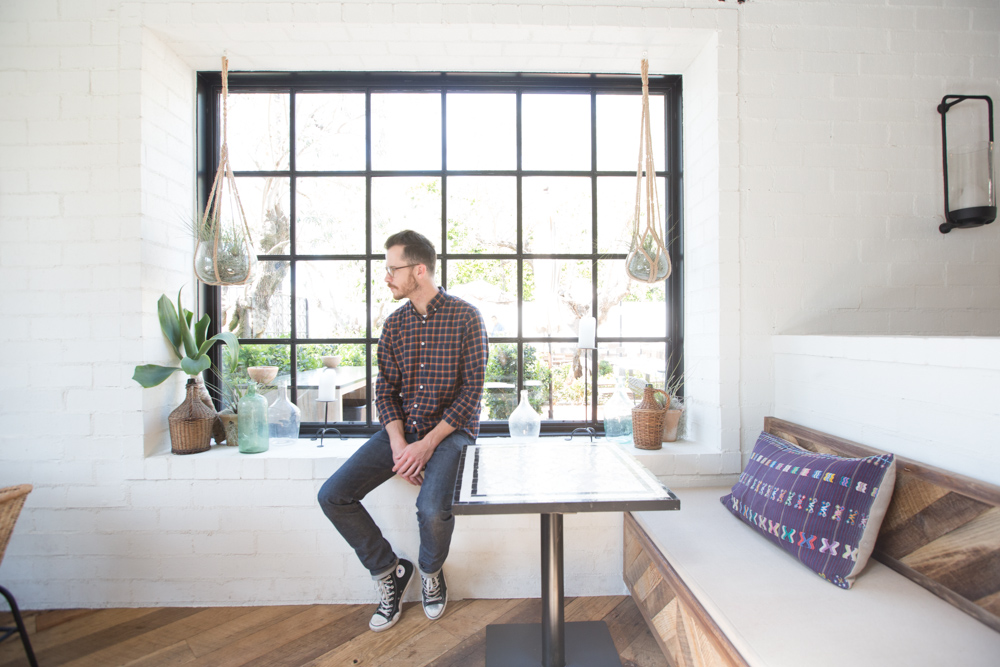 But this is still Hollywood, right? For me, I've always tried not to buy too heavily into the fact that this is Hollywood. I think we've done a pretty good job of that. We don't move you to the front of the list if you're a celebrity. Yes, we are in Hollywood, and that's going to be an aspect, but we're not moving people to a secret booth. They're treated the same. For me, that's what I want to build in a business, a place where I can go and everyone's treated the same. It's challenging because some people want to be treated differently.

What are your favorite things on the menu? The torta, which comes with avocado, lettuce, and coconut bacon. It's so good, and it's pretty filling. Sadly, it's only on the lunch menu. The gorditas are a great appetizer, and the masa potato cake is killer. As for drinks, the Enmascarado 54 mezcal, neat, is really strong and smokey. The Oh My Gatos cocktail is also killer, made with tequila blanco, mezcal, pineapple, gentian, lemon and jalapeno.
· All The Gatekeepers Coverage [~ELA~]
· All Gracias Madre Coverage [~ELA~]