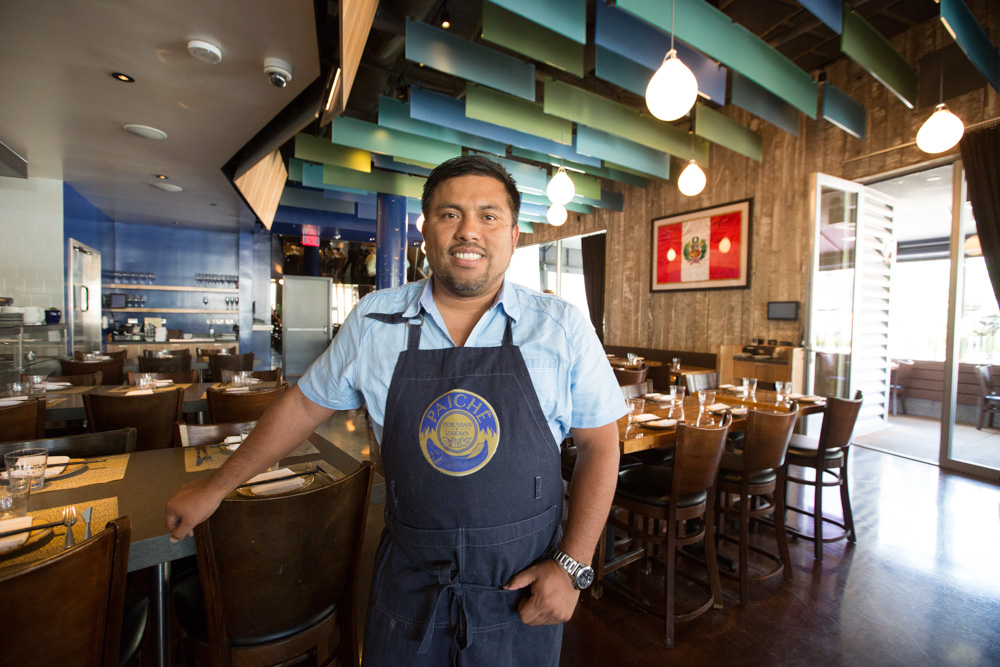 Ricardo Zarate opened Paiche last April with then-partner Stephane Bombet, just off the heels of his return to Downtown with Mo-Chica, and a few years after establishing himself as one of the city's top chefs at Picca in Beverly Hills. Since then, Paiche has earned a Best New Restaurant nod from Esquire, no small feat for a restaurant in relatively sleepy Marina del Rey. Here now, Zarate sits down with Eater to talk about some of the minor and more significant changes he's made to what could be called his most ambitious concept, a melding of Japanese and Peruvian flavors.

Why did you think about opening a restaurant here? When I moved to L.A. I lived here, but always complained that there was nothing to eat in the area, except around Abbot Kinney. When I was at Picca, the building owners showed me the space. I liked that there was good parking and that it was near the beach.

How did you arrive at this concept? It took about eight months to do the build out. In my career, I've always created goals that I wanted to reach. I've always wanted to do Peruvian cuisine, and I still want to express Peruvian cuisine. I want to raise the bar for the market, to make Peruvian cuisine one of the biggest cuisine in the world. I'm very happy with what I'm achieving, but we have a long way to go.

What was the first month like here? It was good. I was pleased that we had a lot of followers that came from all over for the food. We have been very consistent at dinner, but it was hard to build up lunch with the locals. We're launching a new lunch menu as a result with a $15 dollar special, just like at Mo-Chica.

What did you adjust six months in? In the restaurant business, you always need to adjust and accommodate. The biggest report was that we were too expensive. We started adjusting portions here and there, but we also didn't want to get out of the concept idea, which is a Japanese izakaya, more tapas-style, with Peruvian influence. We were just trying to get into the neighborhood crowd, and since then it's become very consistent. In about one year, we've already achieved the numbers we've projected. I'm a firm believer that we're going to continue to grow because the area is growing, with Playa Vista and Marina del Rey. We're still hidden but people keep finding us.

So what has been the biggest challenge for you at Paiche? I would say lunch. We're still working on that. I think we can make lunch and happy hour more successful. You use the first year to understand what the flow is going to be for the next year. But we made a few mistakes, like now launching with a lunch program right away. We were using the same menu as dinner, with a high check average, and that wasn't attractive to customers. Only a few business people were willing to pay that much for lunch. I think with the new $15 lunch, it's a great deal if you work or study in the area. 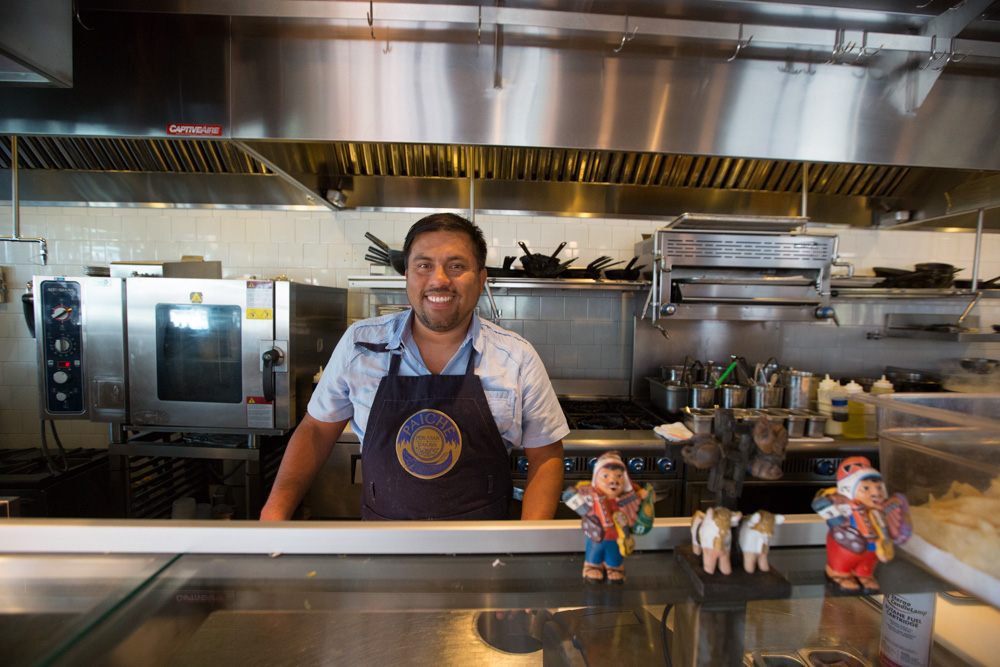 What are your favorite things on the menu? The yuquitas. Why? Because it's a dish I always crave in my life. Growing up, there are these dirty, corner soup shops in Peru. And outside there were these guys making fried yucas and sending them inside the restaurant. i wanted to upgrade that, so I stuffed them with manchego cheese. While I really love ceviche, the problem with Peruvian ceviche is that the sauce tends to dominate the flavor of the fish. So here, we serve it sashimi style, so you get the leche de tigre underneath, almost like soy sauce. We have all different kinds of fish here for sashimi, and served this way, you really get more of the flavor of the fish.

What percentage would you say this is Peruvian versus Japanese? I would say 50-50. A lot of Peruvian people come in and hate this. I know it's not Peruvian. This is an izakaya concept with Peruvian flavors. You're not going to get arroz con pollo or lomo saltado. But i think this would do really well in Lima because there is nothing like this there. I've even been approached about doing this concept in Asia. I've never actually been to Asia, but I've been told that it would do well there.

What are you most proud of at this restaurant? I love the name. I picked the right name, and it really brought awareness to the Amazon. I went there and go to see a farm where they produce paiche. I'm very proud to bring that name here and put it on the map because it's an amazing story. To see the indigenous peoples, and how they treat it and consume it, and then be able to play with it here.

What about the critical response you've gotten over the past year? In the end, this business is just a business. The bottom line is, you're doing what you love. Critics are going to be all over. You need to be able to receive the punches to grow bigger. I always try to learn, and I never take anything personally. If you're going to ask if I read Yelp, I don't. It's great to read something flattering, but I have my own goals, and I'm focused on that.

What else are you working on right now? Right now I'm working on Suave Rico. I've been working on this for over two years. When I came to America, I asked myself, what is American cuisine? You can't say pizza or pasta because that's Italian. You could say barbecue or burger, but I think it's fast food. It will never disappear. What I'm trying to do is create the first Peruvian fast food concept in America. I think fast food concepts are the new trend.

Peruvian cuisine has gotten a lot of attention lately on the world gastronomy scene, especially in Lima. How do you feel about that? If I were to be proudly Peruvian, I would say it's the best gastronomy in the world, but that would be a lie. We have a lot of growth material, a lot of diamonds that we need to polish. Peru has the potential to be a very powerful force in the world of gastronomy. It all depends on the talent and ability of the chefs. And not just from Peruvian chefs. I think more foreigners are going to be interested in Peruvian cuisine. The techniques will come from abroad. For example, Ferran Adria is opening a Peruvian restaurant in Barcelona. I heard that Jose Andres might do a Peruvian Chifa-style restaurant, and even Nobu is thinking of doing a full Peruvian place.

Where else do you like to eat around town? I'm still crazy for Japanese food. I love Sawtelle. I eat at Morinoya. I love the natto and tuna, and because of those dishes, I created a natto tuna crostini! I go to Kiriko for omakase. That's where I go when I want to get inspired. And I love Sushi Gen, but maybe it's my favorite because they let me skip the line for lunch! They're very quiet about it because they're usually very strict.
· All One Year In Coverage [~ELA~]
· All Paiche Coverage [~ELA~]