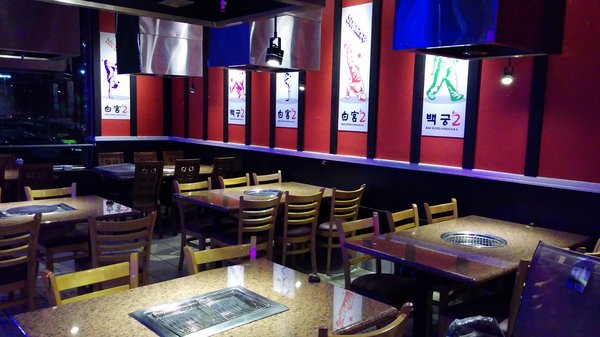 3RD AND VERMONT— The barbecue game never ceases to grow in Koreatown, especially with the latest expansion by Arlington Heights-based Bak Kung, which doubled over to the corner of Third and Vermont. As of mid-March, Bak Kung has moved into the old Soot Bul Gui Rim spot. Located next to a bunch of other Southeast Asian restaurants and dingy slots in a sizable strip mall, Bak Kung is offering a sweet $11.99 lunchtime all-you-can-eat, as well as three other tiers of unlimited meat madness. 233 S Vermont Ave.

2ND AND WESTERN— Biergarten has plans to stretch its current beer and soju selection to include full liquor. Owner Neil Kwon is close to obtaining a 47 license that would allow him to serve a tightly curated list of Scotch and Japanese whiskies. He's also planning a remodel of the front bar to accommodate the upgrade. 206 N Western Ave.

5TH AND WESTERN— The acai bowl trend is trickling into Koreatown, this time with Ubatuba Açai, which mixes up fruit bowls, smoothies, and even empanadas for a tasty mid-morning or afternoon snack. 549 S Western Ave.
·All Koreatown Coverage [~ELA~]