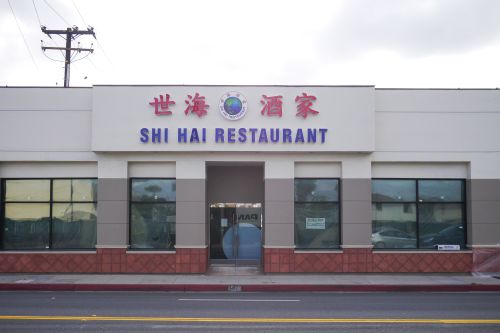 1) Alhambra: The previously reported Shi Hai Restaurant has made heady progress. The facade is getting new stucco, and signage is up. The seafood restaurant, in order to fill its massive space occupying two previous eateries, has imported multiple containers of furnishings from China. The Alhambra City Council had to approve a new conditional use permit, so it looks like this new seafood mecca, which could possibly dethrone Sea Harbour, will still be a couple of months out. 1412 S Garfield Ave. 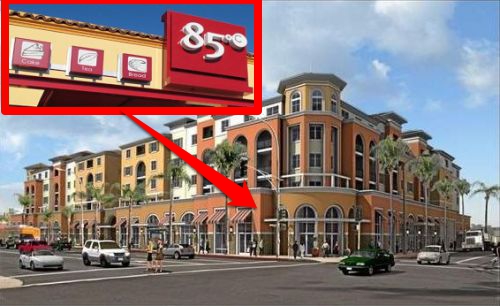 2) Alhambra: 85°C is finally coming to West San Gabriel Valley. After opening in Irvine in 2009, the company has avoided price-sensitive cities between the 710 freeway and the 605 freeway. A previous plan to open in Temple City was blocked by Starbucks due to a non-compete clause. Depending on the mixed-use project's completion date, this could be the 12th or the 13th branch of the Taiwanese bakery import. 300 W Main St., Alhambra

3) Alhambra: Hot Red Bus, after the initial rejection by the alcohol board, rounded up local Anglophiles and was able to obtain its beer license. With the booze approval comes an interior refresh, so the restaurant is currently offline. The grand re-opening is scheduled for April 28. 31 E Main St

4) Alhambra: The Ohana Brewing Company, which just opened its first tasting room, has won a silver medal at the 2014 World Beer cup for its Saison Noir. The only way to taste this winner is to visit Father's Office in Culver City. 7 S 1st St.