Share All sharing options for: Barbianca, A New Cal-Ital Eatery Inside Hotel MdR

Remember that restaurant at the Hotel MdR that was looking for a chef a few months ago? Last week it became Barbianca, a California-Itallian eatery that boasts everything from salads, pastas, and entrees like braised short ribs and salmon. So, think of it like a standard-issue Wolfgang Puck Bistro for the business traveler crowd. Not necessarily a bad thing, just a tad on the vanilla side for something nearby the ocean. 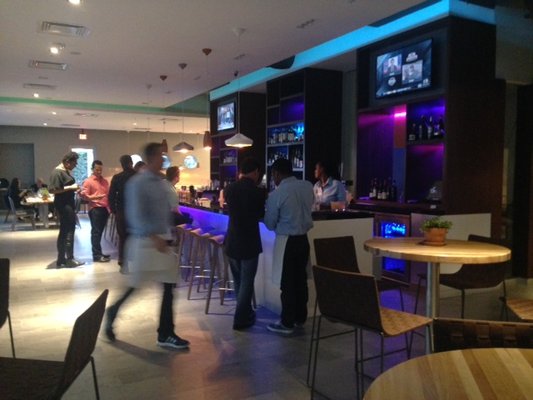 The breakfast does have some interesting tidbits like ricotta pancakes and a breakfast panini while the cocktail menu has some notable choices like a Paloma and Pimm's Cup. This part of town still doesn't have enough decent places to eat, so Barbianca should become a moderate hit. [EaterWire]