Kate Mantilini Calls It Quits in Beverly Hills on June 14

Share All sharing options for: Kate Mantilini Calls It Quits in Beverly Hills on June 14

Breaking. Kate Mantilini, the sleek all day and late night diner in Beverly Hills, is closing after 27 years of business on June 14. Founded by Harry and Marilyn Lewis, who also started the Hamburger Hamlet enterprise, Kate Mantilini was their last restaurant after selling off the burger chain in 1987. Now run by David and Adam Lewis, the Morphosis-designed industrial chic eatery couldn't come to new lease terms with the new owners of the building. Longtime regulars will have just over a month to say their goodbyes and last tastes of refined deli classics, from the chicken pot pie to the fish and chips. 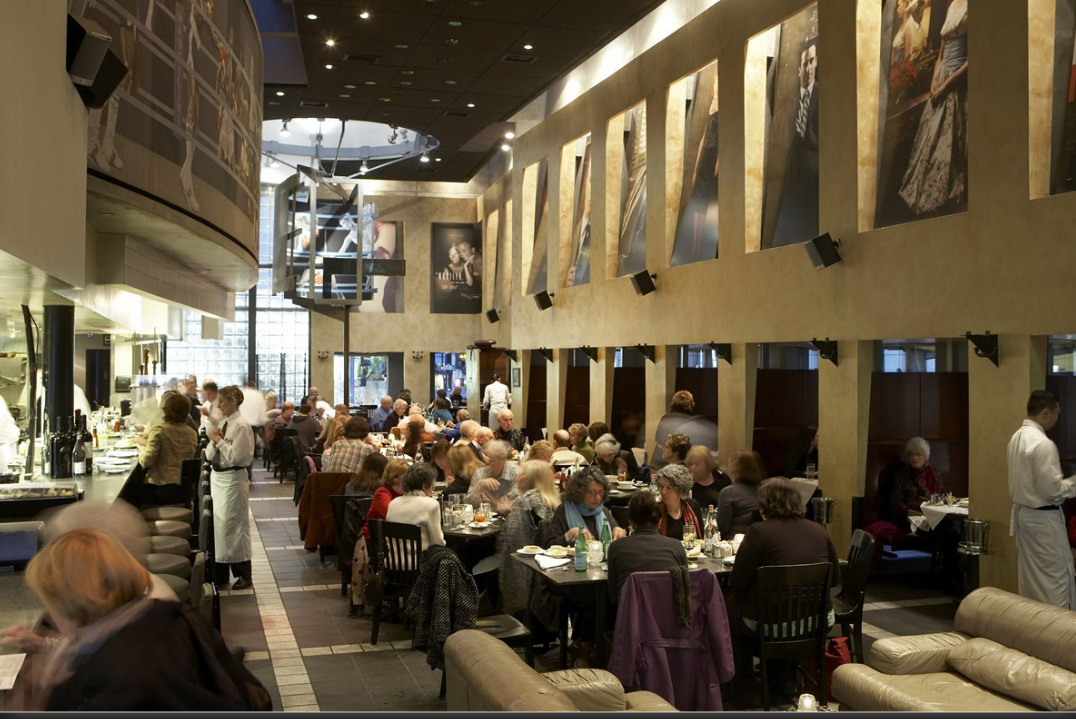 The popular commissary for Hollywood elite became legendary when it stood in as a set for Michael Mann's Heat in 1995. Harry Lewis appeared in a number of classic films, such as 1948's Key Largo and 1956's The Ten Commandments. The Lewises named this Beverly Hills restaurant after the mistress of Marilyn's uncle. The Hollywood Reporter also deemed it one of the top 25 power lunch spots in L.A. for 2013, saying:

A perennial favorite among Hollywood's lunch crowd because of what chef/co-owner David Lewis calls the 'almost deli-size menu,' which has something for every taste and price range, fresh ingredients and attention to detail.

The Lewis Family will continue to run the outlet in Woodland Hills, which opened in 2003.
· All Kate Mantilini Coverage [~ELA~]