Stella Barra's Jeff Mahin on Making It Big in Hollywood

Share All sharing options for: Stella Barra's Jeff Mahin on Making It Big in Hollywood

Even as chef and owner Jeff Mahin's empire of Stella Barra restaurants continues to grow, it's worth noting a turning point in the company's history. This month marks Stella Barra Hollywood's one year anniversary. The space it inhabits — across the street from Amoeba Records — came with a history of unfortunate restaurant burnouts. It's almost twice as large as Stella Barra's Santa Monica location, and early on Mahin planned to expand offerings to include more small plates in addition to the pizzas. Despite the larger space and menu, Stella Barra Hollywood opened right on time and has been serving a steady crowd for breakfast, lunch, and dinner ever since. Eater recently sat down with Mahin to get the story. 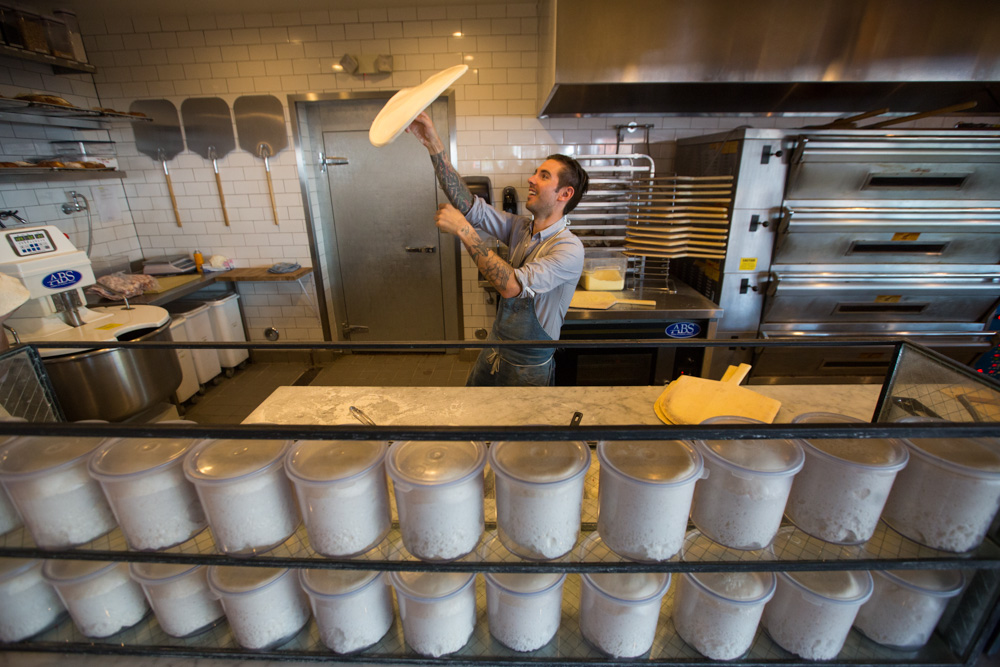 How long had you been running what was then Stella Rosa before you decided to expand the concept? We created it about three years ago, in Chicago, and wanted to bring it to LA. It was probably about a year and a half into the project that we started thinking about expanding and we weren't very serious, but then we found this space [in Hollywood]. We liked it a lot as soon as we saw it. I think there's a great revival going on in Hollywood right now.

How did you come across this space? We were driving by, me and one of my best friends and regional managers, goes to the gym upstairs. So it was a fluke, it was a fun - and stared in the windows and got in when it was still the other restaurant. Fun to do the demo from start to finish.

How has it been received? What kind of crowd do you attract here? Whenever we open a new spot we definitely make a few adjustments so as to appeal to the neighborhood. We kept the staple pizzas. We changed a few items and pizzas. We were letting the neighborhood tell us what they wanted. Then we looked at what people liked to eat. People eat a lot more meat in Hollywood than they do in Santa Monica. The consistent thing is that they all like pizza and so far they like ours.

A number of concepts have opened and closed in this space. Have there been any challenges with the space that you didn't anticipate? I've always been a neighborhood guy, since we've been in Santa Monica, I learned my lesson in Santa Monica about locals and knowing people's names. I used to be in fine dining and it was very separate from the guest. Closed kitchen, focus on the food. But now I'm on the floor, it's fun, we can play loud music, and you don't have to take yourself too seriously, but people have a great time and we have great food. The staff is a huge part of that. 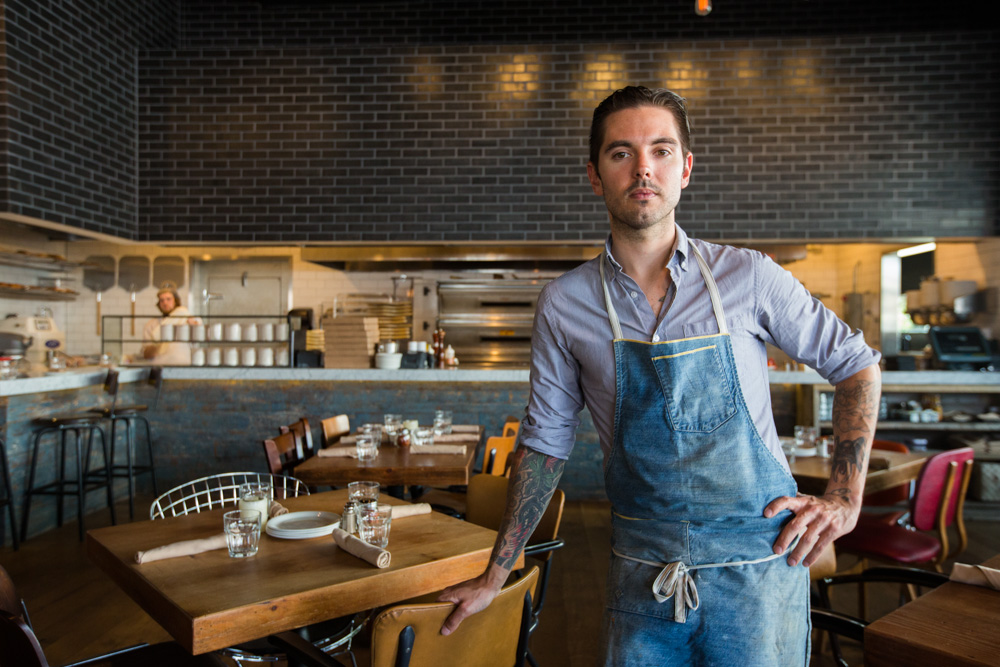 How do you keep staff happy? From the top down. Genuinely caring for each of them. Being able to joke with them but also being able to tell them what the expectations are. I genuinely care about the staff— I spend more time in the restaurants and with the staff than with anyone else in my life. Something we really push for, is for them to be as happy as possible, and I don't want to work with people who are not happy.

What adjustments did you make six months in? We make adjustments about every other week. I can make the restaurant better every day I'm here. Whether it's a new technique or new system or new idea. The management and servers have that same attitude. We're listening to customer feedback all the time. We have the customers that come every morning and customers that come every night. I listen to my service staff and when they say everyone's been asking for this or that. When it's something that's often requested, we just put it on the menu, or make that change. We're always evolving and there's never a point where we're going to stop evolving.

You do a lot more than pizza here. What's your approach to cooking? Straightforward and imperfect. I think I have an affinity for taking things the way they are. And it's... take the spinach and kale pizza, there's six cups of spinach and kale on the top of that pizza. The idea is that you taste the spinach and kale. It's very organic and not composed. It's less structured. I really want things to taste the way they are. If there's a mushroom pizza, I want it to taste like mushrooms. That's why I got out of fine dining. I got tired of over-manipulating food, or doing things the guests never saw. That's why I got into pizza - it's bread with toppings and there's no rules to it. There's such a broad spectrum. Everyone can make a great pizza it doesn't have to be the same or fall into a category.

Speaking of categories, what category would you put your pizza in? I don't think it fits in a category. When I started making pizzas I hadn't done it before. I like to think of it as "rustic Californian." It's not Neapolitan. It's not made in a 900 degree oven. It's modeled after really rustic bread. The category is: the ideal pizza from my childhood.

What are you most proud of? Our team.

Any plans for expansion? Right now I'm bouncing between Chicago and LA. Six restaurants is pretty important, and it's going well. I have two new projects that will be popping up by the end of this year. The only reason we can grow is because we have a really strong, hungry team. Without it, we couldn't move forward. My responsibility is to be able to provide the opportunities I was given to others, to give them ownership in the restaurants because they deserve it.
· All Stella Barra Coverage [~ELA~]