Ten Things to Try at This Year's Street Food Fest

Share All sharing options for: Ten Things to Try at This Year's Street Food Fest

This year's LA Street Food Fest returns to the Pasadena Rose Bowl on June 28, with roughly 100 different vendors available for hungry ticket-holders. The massive annual production brings out some of the best in the city's often under-showcased sectors, matching new restaurants with far-flung street vendors, all in one place.

The fifth year event is also taking a cue from its previous events and starting in the evening to try to avoid the bulk of the day's expected 90 degree weather, though there will be plenty of ice cream stands and adult beverages on hand to cool down the crowd. Judges like Jonathan Gold will be doling out popular awards for the best eats on site, and — miraculously — parking is included in the $55 general admission price (it's $80 for VIP, which opens the doors at 4 p.m. instead of 6 p.m.). But with so many vendors and so much space, it's best to have a curated list of places to hit up before you get full. Below are ten great vendors to try at this year's LA Street Food Fest. 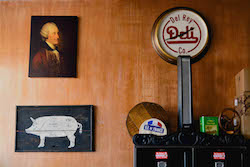 Del Rey Deli
The little sandwich shop that could, way out in Playa Del Rey, has been gaining steam of late, making the rounds at a few different food festivals this year. Just don't expect much of Del Rey Deli's awesome chorizo: their in-house choriman is slinging at Tacolandia across town instead. 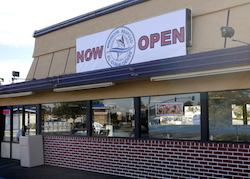 El Coraloense
This year's Taco Madness winner won't be at Tacolandia downtown, they'll be slinging ceviches at the LA Street Food Festival. The cooled-down mariscos plates from El Coraloense should help ward off some of that Pasadena summer heat, too. 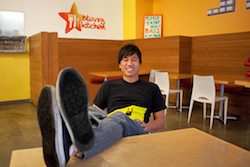 Starry Kitchen
Food festival mainstays Nguyen and Thi Tran's Starry Kitchen has been culture-jamming the food scene in LA for years. A stop for their over-the-top fried "balls" is worth it alone, but Tran's ridiculous outfits and matching personality put the whole thing over the top. 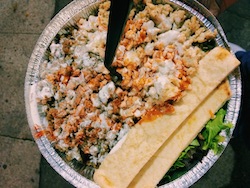 Chicken & Rice
While the lines have largely died down at this Hollywood late night halal cart, especially now that they've got an out-of-the-way brick and mortar, Chicken & Rice is still slinging up tasty bowls of grilled chicken over their signature orange rice. With plenty of red and white sauce, of course. 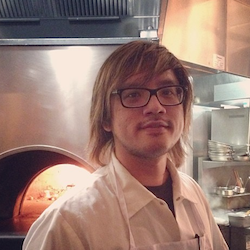 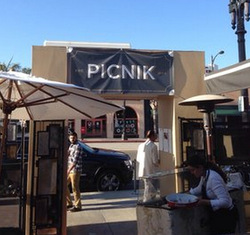 Picnik
A relative newcomer, Pasadena's Picnik is jumping into the LA Street Food Fest with their popular sausages. The shop, which is helmed by Eduardo Ruiz of Corazon Y Miel, also slings ceviche from a small space inside their Pasadena location, so there's a good chance the menu is a mix of both sausages and seafood. 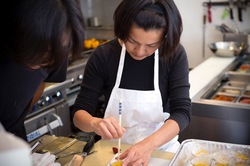 Donut Friend
Doughnuts are as captivating as ever, and Highland Park's Donut Friend has been the talk of them all of late, using original recipes, unusual mash-ups and a 'build your own" model to create truly unique sweets.

Your Little Local
This 1954 vintage camper is possibly the most Instagram-worthy part of the whole festival (minus the food). Your Little Local is a mobile event space / bar that also pops up as a standalone coffee operation occasionally, using beans from Vittoria Coffee, an Australian export.

Harlowe
The recent West Hollywood bar Harlowe already does well with their pre-measured Sazeracs and on tap Old Fashioned, so expect the inevitable long line inside the VIP tent to move pretty briskly. —Farley Elliott