Share All sharing options for: The Year in Cocktails 2014

While cocktails have always had a firm grip on the Los Angeles restaurant scene, never have they been more important in the culinary landscape than they were in 2014. With a relatively low barrier to entry, Angelenos are embracing the cocktail, from libations that reflect current trends to classic recipes.

Restaurateurs across the city are doing a fine job supplying this demand with dedicated drinking dens and major restaurants openings with bar programs that rival the kitchen. Here now is a list of some of the top cocktails of 2014, in no particular order. 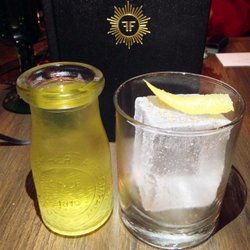 There has been much ado about Faith & Flower and its English Milk Punch. The fuss is not unwarranted. A three-day process results in a clear punch with rich mouthfeel, and tastes of a perfect summer day in the tropics. A full rundown on the process can be found here. Esquire even named it the Cocktail of the Year, and we don't disagree. 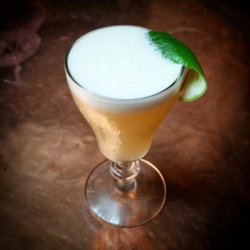 Julian Cox and Josh Goldman have had a helping hand in many of the top bar programs across the city. When the mixologist duo finally built a place to call their own, a masterful cocktail program was expected, and they did not disappoint. Take the Autumn Sour #2, with Laird's Apple Brandy, Massenez Peche, lime, cinnamon, and egg white. The drink is bright with hints of spice, and captures the kind of fall you can only experience in the City of Angels. 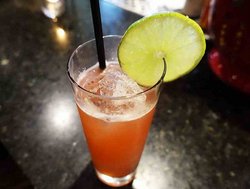 With the proliferation of barbecue restaurants that came to Los Angeles in 2014, it took a pretty serious team to stand out from the crowd. Enter Barrel & Ashes, brought to you by some of the most recognizable names in the local food scene, including, of course, mixologist Julian Cox. The Oaxacan Memphis, a shandy with tequila blanco, Campari, pamplemousse, lime, Saison Dupont, and cinnamon, is refreshing and bright, and is the perfect complement to the unctuous dishes from Rory Hermann and Tim Hollingsworth's kitchen. 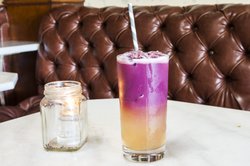 This West Hollywood drinking den has consistently been turning out some of the most innovative seasonal drinks in town. The team at Harlowe has found a way to incorporate unusual ingredients and unconventional pairings with great success, like in the Barrio Sour, made with Tequila Cabeza, El Silencio Black, lemon, Demerara, egg white, and spiced Cabernet. 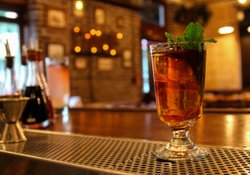 The Houston Brothers have become the masters of the new era speakeasy, with exceptional cocktail programs to match. Their newest venture Butchers & Barbers has been getting a lot of love for its impressive selection of seasonal dishes, but the cocktail program shouldn't be overlooked. The Ol' Grandad, with cinnamon-infused sweet vermouth, blended scotch, and maple syrup, reflects the restaurant's masculine, New American feel and is just downright delicious. 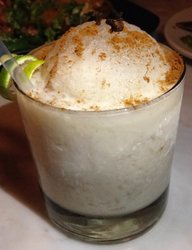 Beverage Director Jason Eisner has done some pretty amazing things with Gracias Madre's small-batch mezcal and tequila program. A prime example is The Dude Abides, a Oaxacan twist on the White Russian, with Mezcal Xicaru Espadin, housemade almond milk horchata, and smoked vanilla bean agave. With drinks like these, we certainly abide. 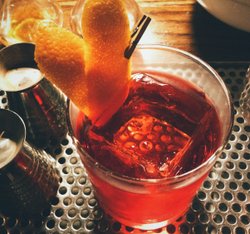 It was a good year for Negronis. The classic cocktail has had a sort of renaissance in the past few years with variations springing up around the city. Take The Corner Door's The Taco Truck, bar master Beau du Bois' mezcal spin on the libation. Du Bois adds a special touch by infusing the Campari with pineapple and cinnamon that play well with the smokiness of the mezcal. The result is a balanced, thoughtful cocktail that so characterizes the reliable nature of The Corner Door's bar. 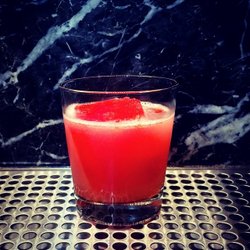 Honeycut's The Juice Box, made with Caña Brava Rum, Hayman's Old Tom Gin, lime juice, and a fruit punch ice cube (apple and grape juices with fruity liqueurs) reminds us that cocktails don't need to be quite so serious all the time. After all, what's better than a boozy fruit punch ice cube on a hot summer day? 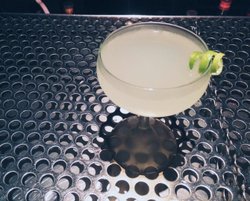 Even with the proliferation of cocktail bars in LA, The Varnish is still the old school classic for cocktails made with care and precision. The traditional Gimlet best represents the speakeasy's focus. The cocktail, originated with the British Navy's efforts to fight scurvy in the early 19th century, is simply Beefeater Gin stirred with house-made lime cordial, and is a true testament to the merits of simplicity.