The 20 Most Anticipated Los Angeles Openings of 2015

LA has been on a roll, and has no intention of slowing down.

Share All sharing options for: The 20 Most Anticipated Los Angeles Openings of 2015

Los Angeles is finally being recognized as one of the foremost culinary capitals in the country, and with celebrated chefs bringing their talents to exciting concepts in LA, it is only going to get better. In the upcoming months, expect to see local restaurateurs expand with new outlets, a Top Chef contestant or two, restaurant-minded celebs (Axwell? Danny Trejo?), and some major out-of-town chefs bringing their cuisine to the City of Angels. Here now, the 20 most anticipated restaurant openings in Los Angeles for 2015. 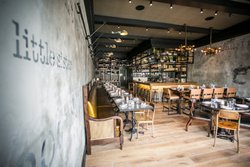 The Situation: Manhattan Beach's popular pan-Asian restaurant will soon become the big sister to a second outlet downtown. We are hoping to see some of Little Sister's staple dishes, like ma la beef tartare and Balinese style fried meat balls, that truly highlight Vuong's dexterity with punchy Asian spices. The restaurant will join the likes of Sugarfish, Mo-Chica, and Bottega Louie on the bustling corner of 7th and Grand. 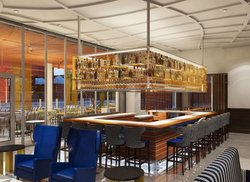 The Situation: Longtime West Hollywood restaurant Ago has set its sights on Bunker Hill with a massive 5,500 sq ft space on the bottom floor of the Emerson building. The all day eatery will serve breakfast through dinner with happy hour and brunch, and will have a take-out counter, bread, pastry, and cheese displays, rotisserie, and wood-burning oven. These take-out counters and food hall concepts are most definitely trending. 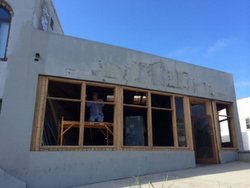 The Situation: Tin Vuong and Jed Sanford's Blackhouse Hospitality is quickly taking over the South Bay. Although little is known about the first project slated to open, Wolven, we do know that it will be a steakhouse just down the street from Blackhouse restaurants Abigaile and Dia de Campo. Wolven and Little Sister Downtown will also be joined by a concept in Redondo Beach in Summer 2015. 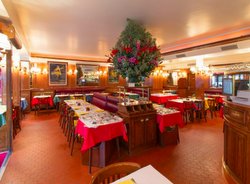 The Situation: This famous one-dish restaurant with outlets in Paris, NYC, Geneva, and Dubai will be bringing its steak frites to West Hollywood. A prime plot on Melrose near celebrity havens Craig's and Gracias Madre will house the bistro, with an interior design that matches the Paris original. 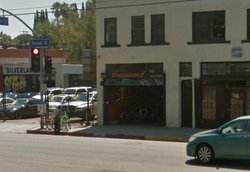 The Situation: Chloe Dahl, granddaughter of children's author Roald Dahl, and Nikki Booth have developed a sort of cult following at farmer's markets across LA for their lobster rolls. A focused, Martha's Vineyard-inspired menu will also feature crab rolls, clam chowder, and the ritzy truffled lobster grilled cheese, and will be served in the beachy indoor/outdoor space. 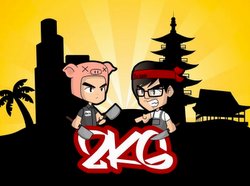 The Situation: The streets of Asia are coming to the rooftop of Formosa Café, thanks to Chris Oh (Seoul Sausage, Escala) and Brian Huskey (Picca, Top Chef). 2KG, short for Two Korean Guys, will feature hibachi grills, tableside stews, and anime-inspired street art. There is no doubt that a rowdy time will be had by all. 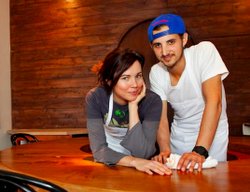 The Situation: The team behind prolific Eastside catering company Heirloom LA will be opening their first brick and mortar in Highland Park. HPPO, which stands for Highland Park post office, will be a full service restaurant with outdoor patio seating, full cocktails, and wine. Joining HPPO on Figueroa Blvd will be Silver Lake Wine, Intelligentsia Coffee, and pizza concept Super Charley. 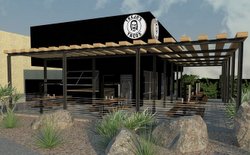 The Situation: Film legend Danny Trejo will be opening his first taco shack, quite simply named Trejo's Tacos, on La Brea near Olympic in a former Taco Bell building. Wash the eponymous tacos down with beer and wine that can be enjoyed in a Southwestern-inspired space with masculine edge designed by Spacecraft. 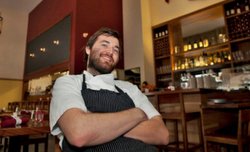 The Situation: It has been quite some time since we've had news of the once popular Austrian eatery BierBeisl, which shuttered its Beverly Hills location over a year ago to open a bigger space on the Westside. While there's no word on when that will open, we do know that Bierbeisl Imbiss, Mairinger's more casual Austrian concept, will be slinging sausage and other Austrian delights soon. The restaurant and bakery, located in the Spring Arcade Building, will also offer Viennese pastries, bread, and other specialties to go. 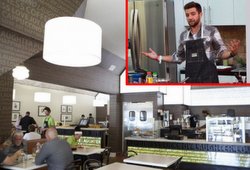 The Situation: Vegetables were oh so hot in 2014, and it looks like more temples to ingredients of the vegetal nature are on their way. Top Cheftestant Marcel Vigneron will be bringing his plant-based concept Beefsteak, which launched inside fellow Top Cheffer Spike Mendelsohn's DC restaurant Bearnaise, to the former 8 oz Burger/ROFL on Melrose. We're sure Vigneron will make good use of California's bounty, with dishes like grilled asparagus with "Fried egg sauce" and broccoli with bagna cauda. Don't confuse this with Jose Andres' similarly named Beefsteak, which is opening in D.C. and other locations. 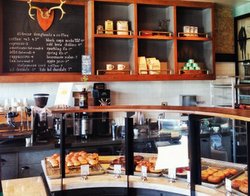 Major Players: Chi-lin Pendergrast, Sumter Pendergrast, Brooke Desprez
The Situation: A major donut purveyor based in Costa Mesa looking to make a huge splash in L.A., the team is partnering up with Mendocino Farms to land a spot in Santa Monica. With a commitment to the highest ingredients and a constant frying operation so that donuts are always warm, Sidecar was a massive hit when it opened in Orange County. Things will only get more exciting for them once they open in the Westside. L.A. has a number of excellent donut shops, but this one is truly poised to become the king among them all. -Matthew Kang

The Situation: One of the most ambitious of the upcoming restaurant openings is E.P. and L.P., a double restaurant and lounge concept by Australian restaurateurs David Combes and Grant Smillie. The ground floor will house E.P., a modern Asian restaurant that will serve Thai hawker-inspired food laced with touches of Fijian, Korean, Indonesian, and Malaysian influences that come by way of celebrated Australian chef Louis Tikaram. The rooftop lounge L.P. will feature a luxe bar and sweeping views of the city. Doesn't hurt that Axwell, of Swedish House Mafia fame, is involved as an investor either. 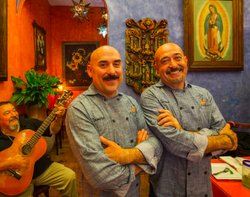 Major Players: Ramiro Arvizu, Jaime Martin del Campo
The Situation: The second full service restaurant from the La Casita Mexicana duo is by far the most exciting restaurant to open in South L.A. since the debut of Govind Armstrong's Post & Beam back in 2012. This Baldwin Hills restaurant will feature plenty of Arvizu and Martin del Campo's odes to Mexican cuisine, though their fast-casual Flautas will prelude the effort. -Matthew Kang 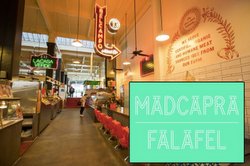 The Situation: Although Brooklyn chef Sara Kramer has faced some delays, the first of two restaurant concepts is well on its way to opening. Madcapra Falafel will be opening in what has become a sort of downtown dining mecca, Grand Central Market, sometime in March or April. A thoughtful approach to vegetables, in sandwich and salad form, can be expected. 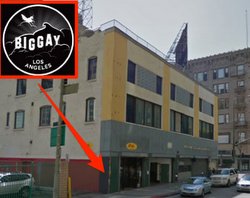 Major Players: Doug Quint, Bryan Petroff
The Situation: Occupying a prime spot on one of the most hipster parts of Downtown, this celebrated ice cream brand from New York is splashing onto the L.A. scene in the big (gay) way. With a 1,500 square foot space, the duo plans to eventually control multiple shops around the city, as well as a year-round roving ice cream truck. Despite multiple delays, a debut this year is likely. -Matthew Kang 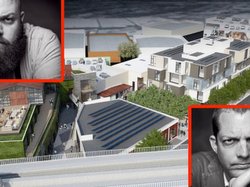 The Situation: Opening in the new Hayden Tract development in Culver City will be Evan Funke's newest restaurant, Thoroughbred, with Bucato partner Ed Keebler. The classic diner concept will tout Americana touches, and will serve breakfast through dinner. Think breads, pastries, pies, and some of the best pancakes ever made. Everything will be made in house, which is a change of pace from most diners. 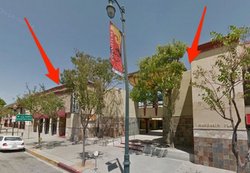 The Situation: When it was announced that Andy Ricker was setting up shop in Chinatown, it became official that the once rather desolate part of town was seriously on the up and up. Pok Pok Phat Thai is freshly opened close to Chego in Far East Plaza, but we are still awaiting the larger concept, Pok Pok, to open in Mandarin Plaza. Pok Pok will span two floors and feature a full bar along with the main dining room. 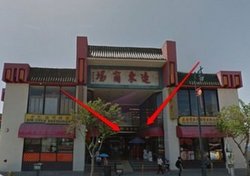 Major Players: Alvin Cailan, Johnny Lee
The Situation: In a surprising move, Alvin Cailan, of the hugely popular egg sandwich purveyor Eggslut, decided to take his hotly anticipated ramen concept to the burgeoning Far East Plaza in Chinatown in lieu of Grand Central Market. Cailan wants it to be clear that Ramen Champ will be traditional, keeping it OG with long-simmered bone broth and handmade noodles. Rameniacs not so patiently await. 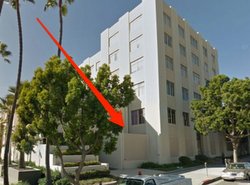 The Situation: It has been well over a year since we learned that Rustic Canyon owners Josh Loeb and Zoe Nathan persuaded Bryant Ng to join them in this multi-concept Santa Monica project. After a hefty delay for mandatory earthquake retrofitting, we still await Ng's 5,500 sq ft restaurant, which will be similar to Spice Table in menu only, with a full bar, patio, and wood-fired grill. Also opening in the Art Deco building is a wine bar and shop by Loeb and Nathan.

Major Players: Jon Shook, Vinny Dotolo
The Situation: Apparently, anything this culinary duo touches turns to gold. From their first two Mid-City locations to their partnership with Ludo Lefebvre on Trois Mec and Petit Trois, the pair is unstoppable. Up next is the revamping of the old Damiano space across the street from their restaurant Animal. The upcoming restaurant, eponymously titled Jon and Vinny's, will offer more approachable fare in a family-friendly space that could potentially replicate into multiple locations.