Share All sharing options for: Five Massively Popular Burger Chains You Can’t Get in Los Angeles 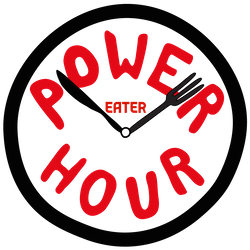 Welcome to Burger Chains Power Hour, where all we talk about is fast food burgers and more for the next sixty minutes.

In a city with so much love for all things hamburger, it's absolutely baffling that Los Angeles can't get its grease-stained paws on some of the nation's more recognizable burger brands. And not just knock-offs like Hardee's (pretty much just a Carl's Jr.) or Checkers (exactly the same as a Rally's) — like, real burger contenders.

Drive around long enough and you'll find even smaller to mid-size chain burger operations, like Dairy Queen or A&W Root Beer, which has a small handful of Southern California shops, nearly all done as joint building that also house a KFC. Even Smashburger and Five Guys made their way to Los Angeles years ago.

Here are five of the biggest remaining burger brands that have yet to establish themselves in Los Angeles.

Whataburger: This Texas staple sports over 700 locations nationwide, and not one of their iconic A-frame huts exists in L.A. Design-wise, we'll have to settle for Wienerschnitzel.

Culver's: A Wisconsin-born chain with a strong foothold in the Midwest, it seems unlikely that the Culver's brand is headed this far west any time soon. Espousing good family values and love of Wisconsin dairy farms, the nearly 550-store chain still has plenty of growing to do before it lands at the Pacific Ocean. They're getting closer, though; there's already a Culver's in Tempe, AZ.

White Castle: This longtime name is practically synonymous with true East Coast sliders, the whisper-thin griddled beef delicacies that come tucked into a small, airy bun, with little more than onion as a finisher. Thought White Castle has for many years been a frozen aisle option for reheatable weeknight meals, the closest true Castle is in Las Vegas.

Jack's: This burgeoning Southeast burger brand is still small compared to the competition, but at nearly 200 locations they're coming on strong. In fact, Jack's is considered to be one of the fastest-growing brands in their market, which means a lot of late night Jack's / Jack in the Box confusion may not be far off.

Shake Shack: With a massive IPO filing and many, many international locations under its belt (two in Russia?!), it's a slap in the face that Los Angeles does not yet have its own Danny Meyer-backed location. Drive to Vegas to get your fix? Fine, but you're allowed to be grumpy the whole ride out.