Los Angeles Restaurants With the Most Stunning Design

Share All sharing options for: Los Angeles Restaurants With the Most Stunning Design

Los Angeles has always had a taste for standout restaurant design. With Otium's opening last fall, Los Angeles got a serious sense for what the efforts of dedicated design teams and over a year of work can produce in a landmark location. Timothy Hollingsworth's Broad Museum-adjacent eatery is important for a number of reasons, as Jonathan Gold boldly declared it "LA's most ambitious new restaurant in years."

Otium, designed in conjunction with Studio UNTLD, House of Honey, and Osvaldo Maiozzi, represents a new kind of look for the casual, but upscale dining culture the city is currently enjoying. House of Honey's Tamara Kaye-Honey was looking for a cohesive feel for diners who walked into the stand-alone restaurant, which features a Damien Hirst mural on the side (how many restaurants can boast that?) while eliciting a variety of experiences depending on which part of the establishment they're sitting in.

It's this kind of thoughtfulness toward overall experience that's helping to lead Los Angeles as a design-forward restaurant city. Here now, some of LA's most stunning restaurant designs, from Downtown's Otium to the classic Clifton's Cafeteria remodel to the whimsical look of The Bazaar in Beverly Hills.

[The Rose in Venice. Photo by Wonho Frank Lee] 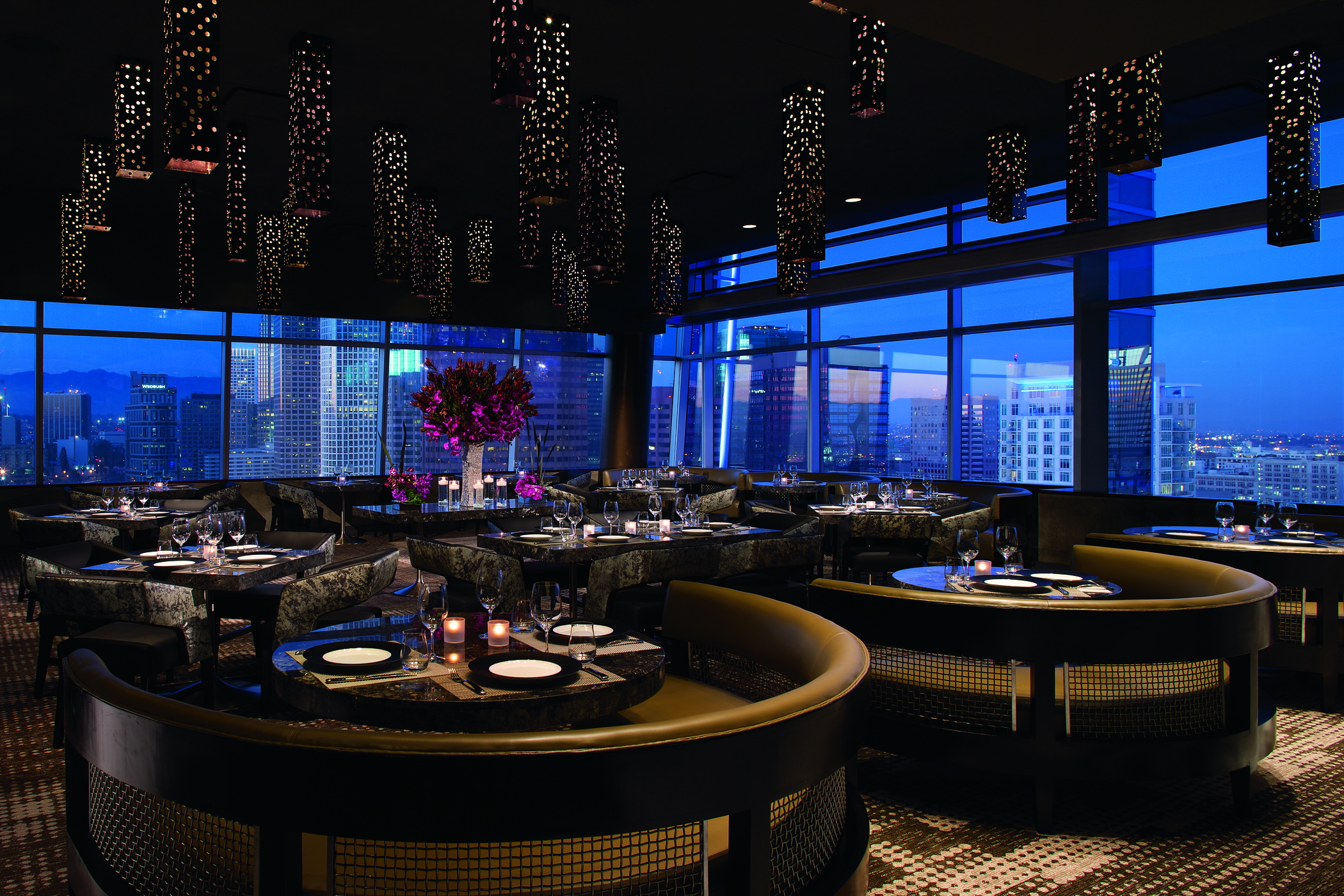